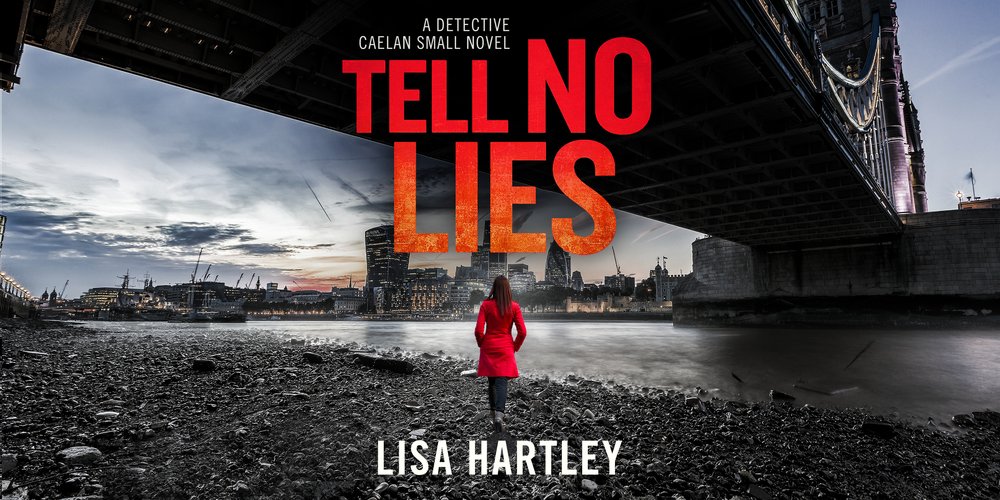 Welcome to my stop on the Tell No Lies tour I have a wonderful guest post for you today, first though here is what the book is about. 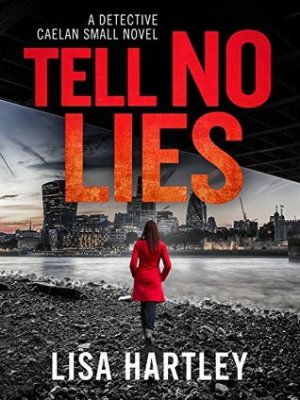 A tortured body is found in a basement. Drug dealing and people smuggling is on the rise. Then police start going missing.

There seems to be no connection between the crimes, but Detective Caelan Small senses something isn’t right.

Plunged into a new investigation, lives are on the line. And in the web of gangs, brothels and nerve-shattering undercover work, Caelan must get to the truth – or be killed trying.

And then there’s Nicky…

One of my favourite things as a reader is discovering a writer whose work is new to me, and that I love, then finding out the book I’ve just devoured is part of a series. Knowing I have another two, or ten, or even twenty books to look forward to really makes my day. In crime fiction, there are many examples of characters who star in extremely popular series – Ian Rankin’s John Rebus is an example who immediately springs to mind. Rankin has been writing about Rebus for thirty years. Val McDermid is another author who seems to enjoy writing a series – she has now published ten books featuring clinical psychologist Tony Hill and police detective Carol Jordan, and also has other characters who star in series of their own. There are plenty of other examples of popular and long running series in the genre, so what makes the idea so appealing?

In my opinion, the main draw is character progression. You might read a book, enjoy spending time with the characters and want to know more about a difficult childhood that has been hinted at, or a case the protagonist failed to solve which has haunted them ever since. You become invested in the characters, seeing them as people you know, almost as friends. You might be there to watch them meet a new partner, fall in love, get beaten up or injured, or watch them unmask the most twisted serial killer the world has ever seen. Whatever happens in their lives, you go through all of it with them. You watch over their shoulder, holding your breath, cheering or flinching. You cry with them, feel triumph with them, despair with them.

You might say this is true of any book, and to a point it is. But in a series, especially a crime series, the writer has so much scope. Each case will force your protagonist into new situations. There will be confrontation, maybe fear, possibly even terror. Decisions will have to be made, sometimes innocuous, sometimes life changing. Every action, each emotion, will have an impact on your characters, and possibly on their future. This is where writing a series comes into its own. You can have story arcs which don’t have to begin and end within the pages of a single novel. Secrets can be kept for years. People can disappear and reappear five books later. There really are no limits to where you can take your characters, and what you’re able to put them through.

TELL NO LIES is a sequel to the first Detective Caelan Small book, ASK NO QUESTIONS. When I began to write it, I knew there were strands from the first book I would need to pick up again. Caelan has been affected by what happened, so I needed to show that in her actions and in her behaviour. Her personality might have begun to be established in the first book, but in the second there’s a chance to explore it further. We meet new faces, but several of those present in the first book also reappear. Answers are provided, new questions asked, and through it all there’s the chance to see how Caelan will react to the events of the first book, those that happen in the second, and the subsequent impact on her life. To me, both as a writer and a reader, a series gives you the chance to get close to the characters in a depth you would struggle to achieve in a standalone novel, and that will always be their appeal. 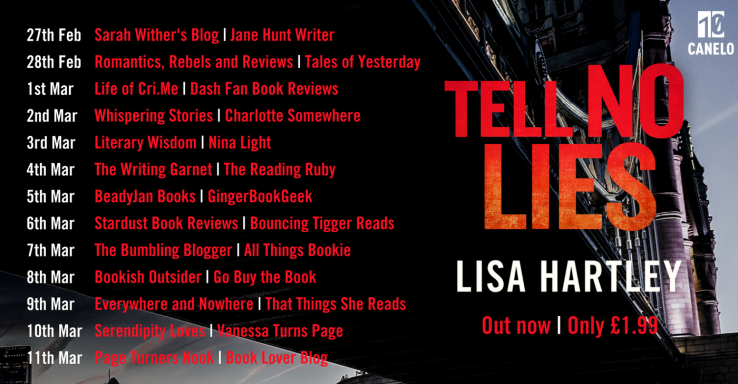 Lisa Hartley lives with her partner, son, two dogs and several cats. She graduated with a BA (Hons) in English Studies, then had a variety of jobs but kept writing in her spare time. She is currently working on the next DS Catherine Bishop novel, as well as a new series with Canelo.

The Knave of Secrets by Alex Livingston
Hex by Jenni Fagan
Slay by Brittney Morris
Four Aunties and a Wedding by Jesse Q. Sutanto
The Storyteller by Dave Grohl
The Sweetest Oblivion by Danielle Lori
Rizzio by Denise Mina
The Sound at the End by Kirsty Logan
The Maid by Nita Prose
Loading Comments...
%d bloggers like this: