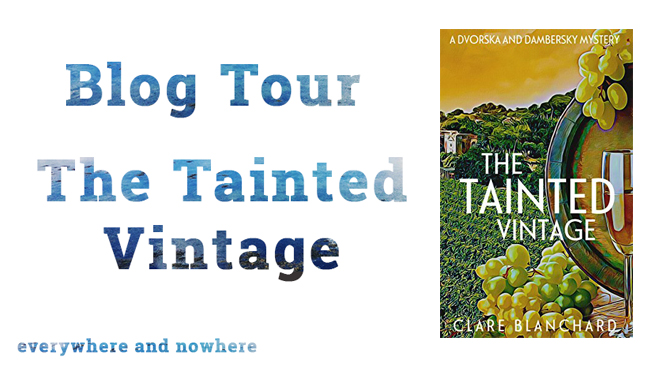 It’s a new week and the first day of a new tour, today I’m sharing my thoughts on The Tainted Vintage by Clare Blanchard. 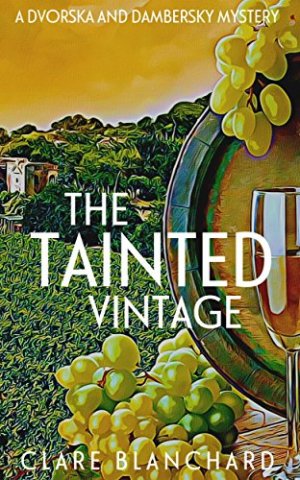 In the small Czech town of Vinice the mayor has been found dead in his wine cellar.

Detectives Jana Dvorska and Ivan Dambersky are called to the scene and soon realise that despite appearances, Mayor Slansky’s death was most definitely not from natural causes.

Almost immediately, the close-knit community closes ranks to try and brush the unexplained death under the carpet with the minimum of fuss.

Dvorska & Dambersky are drawn deeper and deeper into secrets that many hoped would remain buried forever and they’re forced into pursuing an investigation where their own lives are put in danger.

The Tainted Vintage is the first book in a wonderful new series set in and around The Czech Republic, an area rich in history, literature and culture that still remains largely unexplored by contemporary crime fiction fans.

This is one of those books that I found pleasantly surprising, not that I didn’t think it was going to be good but I was surprised considering that it is kind of a slow burn mystery that I enjoyed it as much as I did.

Now as I just mentioned it does start off slow but this just adds to the suspense plus there is a lot going on to get your teeth into, it does take a dark road I wasn’t expecting it get quite as despicable but it does make for intense reading. There are a few twists in there that I didn’t see coming and I liked that Dvorska and Dambersky were having to be covert about their investigation and that they didn’t know who to trust.

Dvorska and Dambersky are interesting characters, we don’t really get to see much of them as a duo so there maybe isn’t the kind of dynamic where they can play off each other but in their own right, they are very enigmatic. In this book you just get to see a glimpse of what is beneath the surface hopefully this progresses as the series continues and that we get the chance to see them interact a little more.

There were a few little things that did hinder my enjoyment, one was having thoughts depicted within speech marks, for me, it kind of interrupted the flow, because I kept thinking that Dvorska was saying things out loud and it made for some unusual breaks in the narrative.

This is a good start to the series and there is definitely the potential for a great dynamic between its two protagonists and I’m curious to see how they get on in future books. 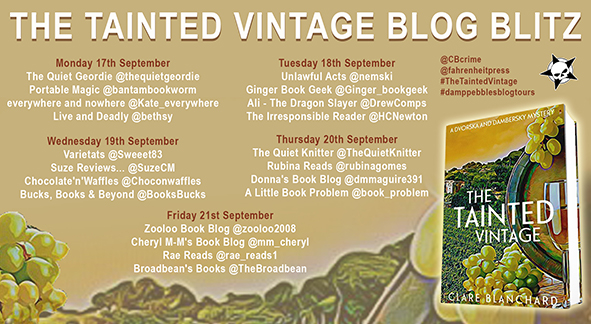 Originally from the North Yorkshire coast in England, Clare Blanchard spent half her lifetime in the Czech Republic, where her books are mainly set. Inspired by Nordic noir, where the settings are often like another character in the plot, she writes crime mysteries and other fiction, usually with a historical twist. She loves beautiful landscapes and architecture, cross-country skiing, the wine of South Moravia, and of course Czech beer. When she’s not being literary she knits funky socks.