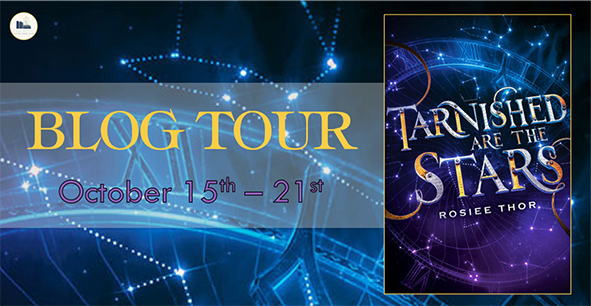 Dropping in, a little later than usual, this evening to share my thoughts on Tarnished Are The Stars. 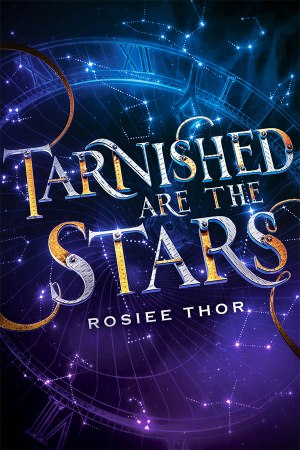 The Lunar Chronicles meets Rook in this queer #OwnVoices science-fantasy novel, perfect for fans of Marissa Meyer and Sharon Cameron.

A secret beats inside Anna Thatcher’s chest: an illegal clockwork heart. Anna works cog by cog — donning the moniker Technician — to supply black market medical technology to the sick and injured, against the Commissioner’s tyrannical laws.

Nathaniel Fremont, the Commissioner’s son, has never had to fear the law. Determined to earn his father’s respect, Nathaniel sets out to capture the Technician. But the more he learns about the outlaw, the more he questions whether his father’s elusive affection is worth chasing at all.

Their game of cat and mouse takes an abrupt turn when Eliza, a skilled assassin and spy, arrives. Her mission is to learn the Commissioner’s secrets at any cost — even if it means betraying her own heart.

When these uneasy allies discover the most dangerous secret of all, they must work together despite their differences and put an end to a deadly epidemic — before the Commissioner ends them first.

I really don’t know where to start with this review, this is the kind of book that I knew as soon as I started reading that I was going to love it and I wish I had the words to adequately describe how much but I’m afraid I just won’t do it justice.

I mean there is just so much to love its hard to know what to chat about first, but I think that the characters really make this book. I’m pleased to say that I loved all of them, they all come from different backgrounds but they manage to find some common ground and work together. Not that it was easy for them, there were some pretty harrowing parts to the story, one particular scene needed some tissues, but I also loved that the story had that dark side to it because it made me feel so much more for the characters and their struggle.

The writer easily takes three very different characters each with very tangible motivations and creates this epic story where they need to overcome their prejudices to work toward a common goal. I was surprised at how engaged I felt with each of the characters, sometimes there’s a character that I am less inclined to read about when the POV is split but I actually wanted to hear from each of them.

I have to say that I really enjoyed the queer rep in this book, everyones experiences are different, however I thought the author handled this brilliantly and I am so glad that it wasn’t the main pull of the story, it was so organic and intrinsic to the story but not in a way that felt forced. I also liked that it wasn’t full of terms and that the characters didn’t feel the need to label themselves, it was just people discovering themselves and trying to find their happy.

The world building was great, quite eerie because I feel like in some respects it draws so many comparisons with the real world. The technology taking over and need for a new planet hit very close to home but again in a way that makes you think rather than forcing it down your throat. I loved that there were elements of both space and earth to the story, I also liked that the people of each population were vastly different, really added to the tension in the story.

The intrigue definitely kept the pages turning too, I was there questioning everything along with the characters, and desperate to discover the secrets being kept from them.

This is an amazing debut and I will definitely be looking for more from this author. 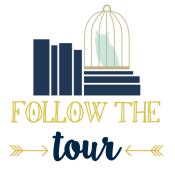 Those of you in the US are in for a treat, click the link below to be in with the chance of winning…

a signed hardcopy of TARNISHED ARE THE STARS by Rosiee Thor

Rosiee Thor began her career as a storyteller by demanding that her mother listen as Rosiee told bedtime stories instead of the other way around. She lives in Oregon with a dog, two cats, and four complete sets of Harry Potter, which she loves so much, she once moved her mattress into the closet and slept there until she came out as queer.