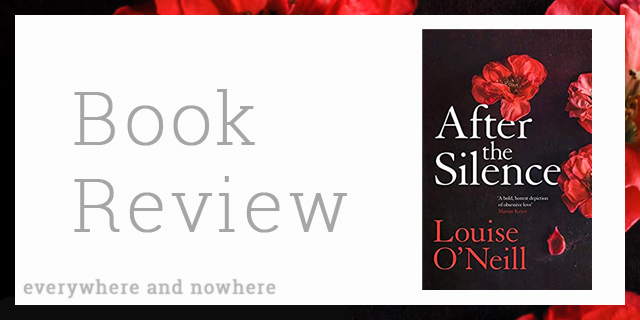 Another September release, I wonder if I’ll manage to read all the ones on my TBR before September ends.

Nessa Crowley’s murderer has been protected by silence for ten years.
Until a team of documentary makers decide to find out the truth.

On the day of Henry and Keelin Kinsella’s wild party at their big house a violent storm engulfed the island of Inisrun, cutting it off from the mainland. When morning broke Nessa Crowley’s lifeless body lay in the garden, her last breath silenced by the music and the thunder.

The killer couldn’t have escaped Inisrun, but on-one was charged with the murder. The mystery that surrounded the death of Nessa remained hidden. But the islanders knew who to blame for the crime that changed them forever.

Ten years later a documentary crew arrives, there to lift the lid off the Kinsella’s carefully constructed lives, determined to find evidence that will prove Henry’s guilt and Keelin’s complicity in the murder of beautiful Nessa.

In this bold, brilliant, disturbing new novel Louise O’Neill shows that deadly secrets are devastating to those who hold them close.

This is quite a difficult review for me to write when I read the description for this book I assumed it was a mystery thriller that would have me second-guessing characters and delving through many twists and turns until I discovered “whodunnit”. Whilst there is the mystery of what happened to Nessa it kind of plays second fiddle to an exploration of the relationship between the Kinsella’s and their relationship with the island and its inhabitants.

Ordinarily, I don’t think this slight imbalance between description and content would have been an issue for me however due to personal circumstances the domestic abuse depicted in this book hit a little too close to home and I found it really quite difficult to read at points. In turn, this has somewhat clouded my reading experience of the book and I wanted to be honest about it, if I had realised that there were such themes in this book I would have maybe shelved it for a while longer.

The atmosphere was definitely fitting, I usually enjoy a mystery with a remote setting and that is something that the author has excelled in, I could really feel the desolation of the island and its community.

I did enjoy getting to see the events through other people’s perspectives in the form of interviews by the documentary makers, it was interesting to see what it was like looking into the lives of the Kinsella’s but it also fed the mystery aspect a little more. As the book nears the three-quarter mark these snippets help to build the tension as the question of what happened to Nessa becomes a more prominent part of the story.

Admittedly I did feel a little more invested in the book when it’s concentration swung back around to the release of the documentary and what actually happened that fateful night. I have to say that I was intrigued by the ending and it definitely made me think alot more about what had happened throughout the rest of the story.

I believe this will be a book that a lot of people will enjoy, I would say it is more of a character study than a mystery thriller but it has some strong themes and I can appreciate the commentary that the author makes on them.