I went on an adventure recently; this seems to be becoming an enjoyable habit; to a place that I never had the inclination to visit but I am very glad that I took the opportunity to do so…Rio de Janeiro. 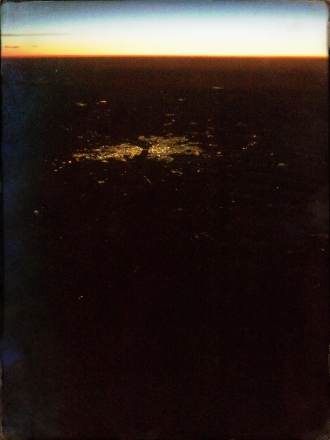 So obviously this month Rio is very much in the spotlight due to the Olympic Games being there, but I went in July before the madness descended. I had an amazing time! I was actually staying in Barra da Tijuca, which is the home of the Olympic Park and about an hour outside of Rio city, renowned for its amazingly long beach, which you might have seen a bit of if you’ve been anywhere near any kind of media outlet over the last few days.

I spent a few separate days on this beach, sometimes alone just taking in the rays and losing myself in a good book and occasionally with a partner in crime just enjoying long walks, good conversation, watching the sunset and drinking coconut water. I have to say there is nothing more refreshing than being in the sweltering heat and having a coconut fresh from the fridge, a staple in the beach bars along the front. I was actually really lucky when I went because the weather was so nice, there was only one or two days that were cloudy and the rest was glorious sunshine. 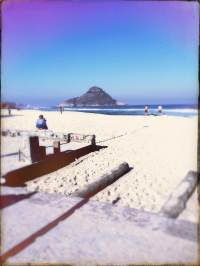 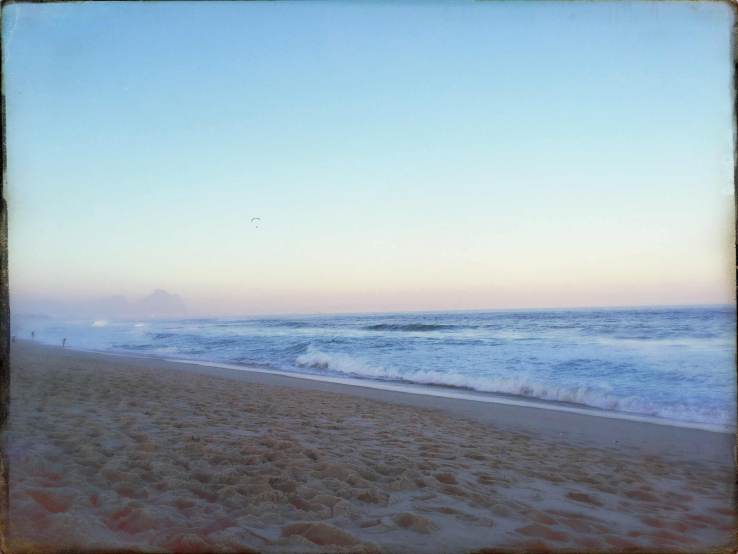 One of the places that I visited was of course Copacabana. We ended up spending a weekend there, it all started with brunch at the Copacabana Palace where they serve up a large buffet of wonderful Brazilian food and of course caipirinhas on tap. I wish I had managed to take a picture but I was too engrossed in the eating of it. Needless to say when we left we were all very merry and decided upon a walk along the beach, we managed to hit the beach just at sunset and saw some beautiful colours. As the evening drew in we meandered along the beach front, grabbing some more caipirinhas and taking in the atmosphere. 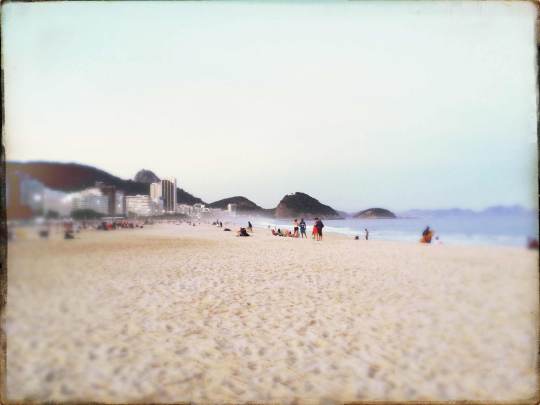 Santa Teresa was another stop; we went to a restaurant at the top of the hill as part of my birthday celebrations. It was beautiful. It had been recommended that we go just before sunset, so we aimed to get there at 5pm (sunset was around 5:30pm). We got a table out on the veranda and watched as the sun set whilst drinking some bubbles and tucking into some incredible food. After we finished we took a walk along the cobbled streets and stopped in at a few bars for…you guessed it…caipirinhas. I think I could be addicted. If you do go to Rio this is one place I would recommend going, the views over the city are amazing and it has a very friendly and bohemian character.

Now there are some very famous Rio landmarks that I haven’t mentioned yet, Sugarloaf Mountain and Christ the Redeemer. I could have been a proper tourist and done the cable cars and stood with the throngs of people at the foot of Christ, however as another birthday treat I was taken on a helicopter ride! So instead of seeing these sights from the ground, I got the birds eye view. Words cannot actually describe the experience, but it is something that I will remember for the rest of my life, I actually can’t recommend it enough. 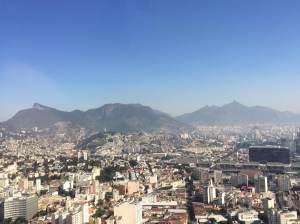 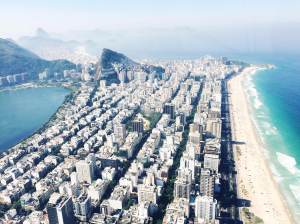 It was an unbelievable trip and I am so grateful that I got to go and that I was spoiled with such brilliant experiences.

I’ll be sharing some more images on Instagram over the next few weeks, which you can see here.

4 thoughts on “The seaside city”