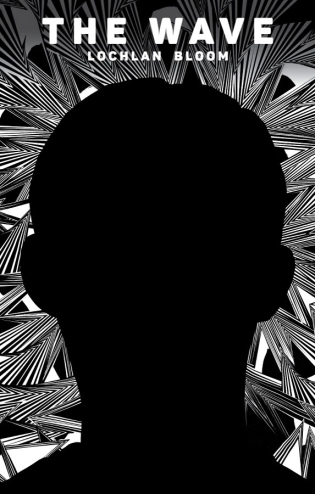 When μ returns home to find a sinister screenplay has arrived from Brazil it propels him on a quest to track down a character he believes to be called Ddunsel.

As μ’s search progresses it slowly becomes entangled with two parallel tales – the stories of DOWN, a troubled publisher, and David Bohm, a real-life quantum theoretician in post-war São Paulo.

Just how far is it from London to Gotham City? Or from Paul Auster to Pierre Menard for that matter?  Some people may think these sorts of questions are idle and ultimately meaningless but this book is not for them.

The Wave combines multiple narratives to blend metafiction, historical fiction and screenplay as each of the characters struggles to understand what is reality and what is fiction.

Whatever Ddunsel was, or represented, was both dark and mysterious in its pull. He was the hole at the centre. μ knew next to nothing about him but felt himself spinning faster and faster. His life had grown so empty recently that, whatever the consequences, this encounter was something he craved, an axe to the frozen sea inside.

The Wave is a book that is very hard to describe, as it is unlike any novel I have come across. Its three most prominent characters are μ who discovers a screenplay and then goes on the hunt for its principal character Ddunsel, DOWN a publisher who finds himself pushed to the edge and David Bohm a quantum theoretician who travels through São Paulo to work on one of his theories.

Each of the three narratives reference each other in a way that makes you aware of the fantasy/reality divide. It leads you to draw conclusions about the progression of the world the author has created in The Wave without them being thrown in your face. It isn’t a linear timeline; instead parts of the story unfold at different points in the characters journey, which I quite enjoyed because it kept me drawn into the novel.

The book incorporates both narrative and screenplay, which gives it a really nice contrast. I feel like the screenplay section was a good reprieve as the other sections of the story had a lot to consider and take in, and on occasion very dark currents. The screenplay managed to somewhat balance those out for me, whilst it wasn’t light-hearted, it had a lighter feel to it; it stopped the book from becoming too morose.

I feel that this book is geared more towards making the reader think about experiences and establishing their own ideas about what the stories are trying to say, as opposed to just consuming the events that happen in the book. The exceptionally expressive writing contributes to this, it is both beautiful and complex and is able to illustrate the worlds of the characters effortlessly, in a way that adds to the overall mystery of the book.

I will be very honest and admit that I did get a bit lost in the scientific/theoretic discussions. There was a lot that I could pick up from the explanations in the book, however there were some sections that still eluded me to a point. These areas admittedly are not my strongpoint, as I don’t have a background in quantum physics never mind theoretical quantum physics, but I wouldn’t let that put anyone off. Even though I didn’t have the full grasp of all the theories, I didn’t feel that I missed out on any part of the story or enjoyed it any less because of that.

Personally I believe this book is like a piece of art, everyone will experience it differently, people will read it and draw entirely varied conclusions from each other but also from the author. It is exquisitely singular.

As well as this review I was also given the chance to do a Q&A with the author, that can be found here.

Thank you to the author and Neverland Blog Tours for the review copy of this book.

Lochlan Bloom is the author of the The Wave as well as the short novellas Trade and The Open Cage. The BBC Writersroom describes his writing as ‘unsettling and compelling… vivid, taut and grimly effective work’. He has written for BBC Radio, Litro Magazine, Porcelain Film, IronBox Films, EIU, H+ Magazine and Calliope, the official publication of the Writers’ Special Interest Group (SIG) of American Mensa, amongst others. Lochlan lives in London and does not have a cat or a dog.