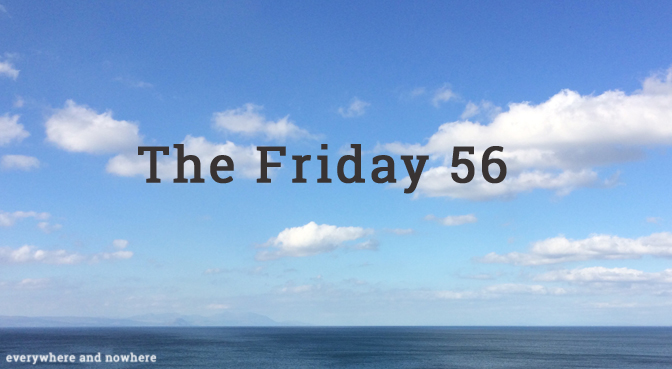 The Friday 56 is a weekly bookish meme, hosted over at Freda’s Voice.

All you have to do is

I don’t know whether something has happened to make production run more smoothly, or whether Robert’s character isn’t being used as much as he used to be, but the days of filming running over seem to be gone, at least for now.

Or, what I should say is he isn’t coming home late at the moment.

I never really believed it was filming that made him stay back two hours several times a week.

I want to make my husband fall back in love with me.

Let me explain. This isn’t an exercise in 1950s wifeydom. I haven’t been reading articles in old women’s magazines. ‘Twenty ways to keep your man’. That couldn’t be further from the truth.

I want him to fall back in love with me so that when I tell him to get the hell out of my life he’ll care. He won’t just think, ‘Oh good’.

I want it to hurt.

Paula has had Robert’s back since they got together as drama students. She gave up her dreams so he could make it. Now he’s one of the nation’s most popular actors. And Paula’s just discovered he’s having an affair.

She’s going to remind Robert just what he’s sacrificing. And then she’s going to break his heart like he broke hers. It will be her greatest acting role ever.

Revenge is sweet. Isn’t it?