Today is my second stop on the tour for this book and I am bringing you a guest post from Dario, you can check out my review and a little question and answer that I hosted earlier in the week. Before I hand over to Dario here is a reminder of what the book is about. 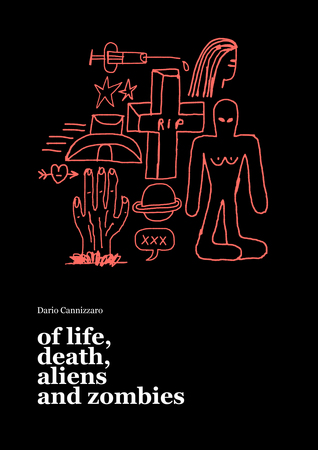 Misnomer on purpose, this amazing debut rocks nine short and amusing stories – a Zombie Apocalypse without zombies; the Vatican announcing contact with Aliens; a heroin junkie that loves poetry; a timeless love, and much more.

Ordinary characters facing extraordinary situations, dry humor, philosophical musing dressed as whimsical, offhand commentary, and a fairy-tale like writing; those are the key elements of the style of this funny and thought-provoking collection.

I always wanted to be a writer.

When I was a little kid – around seven years old – I had no doubts. I would grow up to be an Astronaut, a Jet-fighter pilot, or a writer. I would dress up and pretend I was on the moon, or put myself upside-down in my dad’s car, pretending to fly over the clouds that were passing by. I also wrote my first short story, The Mystery of the Mysterious Mystery Woman, which is shamefully lost forever.

The Astronaut phase cooled down pretty early on – albeit I am still a space junkie, and who knows, maybe I’ll have the chance to land on Mars in my lifetime. I abandoned also my dreams of becoming a jet-fighter pilot when I was fourteen, and had to decide between cutting my hair, or joining the military school for pilots that was in my hometown. I settled for a private pilot licence, which is still on the bucket list.

But boy, I never stopped writing. I write anything – short stories, novels, poems, songs, screenplays, video-games, movies, riddles. I don’t tell my wife Honey, this weekend I want to write a bit so please no social events. I tell her I need to write. It’s like a fever I have to get rid of.

I know it’s a blessing, to find you own calling. It’s also a curse, because I feel that any moment I’m not dedicating to writing, I’m wasting it. For a long while I knew I would live thanks to my writing, but I never acted upon it. Then, three years ago, I finally decided it was time to get serious about it. I started writing my first novel, finished it, edited it, and started the search for an agent.

Meanwhile, I also went back and started writing short stories – this time though, I was writing with the intent of having other people read my work. So, the collection Of Life, Death, Aliens and Zombies was born. A strange title for a strange book – you could call it quirky fiction, for lack of a better term – inspired mostly by Neil Gaiman, John Fante, Bukowski, and Vonnegut.

This is my first public foray into the writing world as an author, and I’m very pleased with the results so far. The collection gathered some incredibly good reviews, and gave me energy and confidence – not to keep writing, as that’s a need, but to keep putting myself out there.

So if you want to know more about myself, read my stories. You can read my short stories in Of Life, Death, Aliens and Zombies, or you can reach out to me on www.dariowrites.com and say hi. I’m gonna wait for your email, while preparing my next big step for my writing career: my first full novel, Dead Men Naked, out in April. Stay tuned!

There’s still time to enter the giveaway for…

DARIO CANNIZZARO was born in the sun-eaten Naples, Italy in 1982. He moved to Ireland in 2011, and has called it home ever since. He started writing short stories at seven, which are shamefully lost forever, but has never stopped writing since. His works have been published in Italian and English in Literary Magazines such as The Galway Review, Two Thousand Words and Chantwood Magazine.