You may remember back in April I hosted a cover reveal for this book, well now I’m delighted to welcome you to my first stop on the blog tour for The Chateau of Happily Ever Afters, before we get to the guest post here is what the book is about. 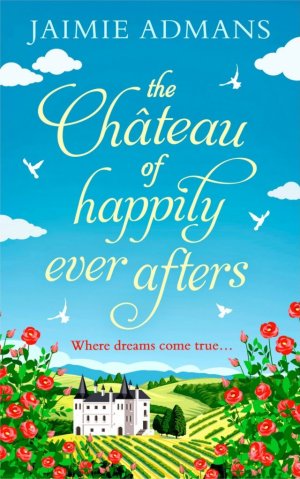 Wendy Clayton stopped believing in fairy tales a long time ago. Instead, she has a ‘nice’ life. Nice job. Nice flat. Absolutely no men. Until her life is turned upside-down when her elderly neighbour, Eulalie, passes away and leaves her the Château of Happily Ever Afters!

But there’s a catch: she must share the sprawling French castle with Eulalie’s long-lost nephew, Julian. And no matter how gorgeous he is, or how easily she finds herself falling head over heels, Wendy needs to find a way to get rid of him…

Because surely happily ever afters don’t happen in real life?

Escape to beautiful France this summer with this uplifting romantic comedy. Perfect for fans of Kat French, Caroline Roberts, and Holly Martin.

Well after reading those I am very excited to dive into this book, so make sure you check back with me next week when I’ll be posting my review.

Now for the fun bit, the giveaway!! Which you’ll especially like if you are a fan of all things French, click on the link below to win…

Jaimie is a 32-year-old English-sounding Welsh girl with an awkward-to-spell name. She lives in South Wales and enjoys writing, gardening, watching horror movies, and drinking tea, although she’s seriously considering marrying her coffee machine. She loves autumn and winter, and singing songs from musicals despite the fact she’s got the voice of a dying hyena. She hates spiders, hot weather, and cheese & onion crisps. She spends far too much time on Twitter and owns too many pairs of boots.

She will never have time to read all the books she wants to read.