Today I have a review as part of the tour for The Other Life Of Charlotte Evans and there is also a giveaway for those of you based in the UK. First though here is what the book is about. 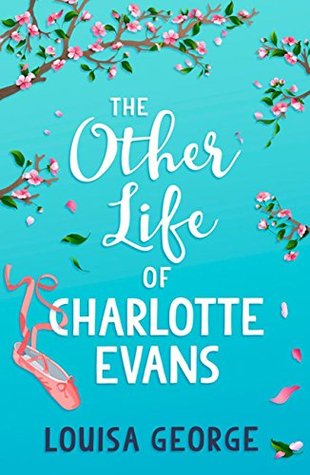 Would you sacrifice your future to understand your past?

Life is rosy for dance studio owner Charlotte Evans, who is about to marry beloved fiancé, Ben. But when Ben finds a lump in Charlotte’s breast, it sends her on a journey of self-discovery which she knows she must do alone. Because Charlotte is adopted, and she suddenly, desperately, needs to know who she is and where she comes from.

Finding and reconnecting with her birth family, the life Charlotte could have had unfolds before her. As her wedding day draws closer, and her past merges ever more into her present, Charlotte must decide on the future she really wants…

A heartrendingly beautiful novel about love, family and finding your own path to happiness.

On paper this book was going to be one I was really going to enjoy, there’s romance in the form of a couple getting married, there are questions about life around some realistic issues but there is also a lighthearted element.

Unfortunately, I had a hard time with it, however, I will start by telling you what I did like.

I liked the easy style of writing, this is a book where you could become engrossed because the writing draws you straight into the story. I also like how it does mix the more serious subjects with lighthearted humor, there are moments where it does get emotional but you are never left feeling bereft.

I really liked Charlotte and Ben’s relationship, that they were so happy and that they had their plan and that worked for them. But also that it was realistic, when the obstacles came up they acted in a way that I could relate to, which you don’t always find a lot of. There were points they really questioned each other and I think it’s good that it isn’t portrayed as just the fairytale happy ending type relationship.

I have to admit character wise I wasn’t all that keen on Charlotte she was at points too childish and selfish for my tastes but she did show a lot of growth at the end. Lissa’s attitude though I found funny and I loved Eileen and how protective and understanding she was.

The premise of the story I found really interesting and I think for a lot of other people this book will work wonderfully, however I had difficulty with it because Charlotte repeatedly discusses the fact that she doesn’t know who she is because she doesn’t know her biological parents.

Now I understand I am coming at this from an entirely different perspective because I am not adopted and I appreciate in the sense of not knowing her medical history and that kind of information would have a massive impact on someone in that situation. Personally though the more it came up the more it infuriated me, I just totally disagree with that whole thought process and that’s why I didn’t enjoy the book as much as I had hoped.

That is however a completely personal thing and I still think that there will be a lot of you out there that will totally love this book. I will certainly look forward to reading another of Ms George’s books.

Award-winning author Louisa George has been an avid reader her whole life. In between chapters she managed to fit in a BA degree in Communication Studies, trained as a nurse, married her doctor hero and had two sons. Now, she spends her days writing chapters of her own in the medical romance, contemporary romance and women’s fiction genres. To date, she has 19 books available in ebook/print.

Louisa’s books have variously been nominated for the coveted RITA® Award and the NZ Koru Award (which she won in 2014 and 2016 for the Short Sexy Category) and she won the prestigious HOLT Medallion Award in 2017. Her books have been translated into twelve languages. She lives in Auckland, New Zealand and, when not writing or reading, likes to travel, drink mojitos and do Zumba®- preferably all at the same time.