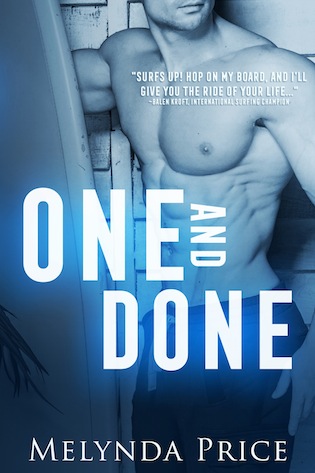 “If you kiss enough frogs, eventually you’re going to get a fungus…”

When Autumn’s best friend Summer surprises her with a girls’ getaway in Cyprus for her 30th birthday, she makes up her mind that now is her time to shine. This is exactly the fresh start she needs to put the past and a messy divorce behind her. She might have bought into the ideology of Mr. Right once, but that myth was long busted—been there, done that—and she has the broken heart to prove it.

When a family emergency causes her bestie to bail on her minutes before their flight takes off, Autumn finds herself alone and bound for the “Island of Love.” Summer had an itinerary chock-full of girlfriend goodies planned—massages, salsa lessons, parasailing… Okay, maybe not parasailing, but this was going to be a week of fun, and now suddenly it’s a week for one. Armed with her Best Friends Guide Book for Having Fun—and no best friend—Autumn plans to check into her beachside villa with her new BFF, Captain Morgan.

Being ranked one of the top surfers in the world does have its perks, but discovering your sex-tape was released on social media?—definitely not one of them. On the heels of a scandal that has sponsors threatening to cancel his contracts, Balen Kroft has strict instructions from his publicist to lie low for the next week while this whole fiasco blows over. Seven days of incognito before hitting the surf again at the Titan’s of Maverick Invitational might not be such a bad thing—rest, relaxation, and fun in the sun… Until he comes face-to-face with his own personal riptide. If he’s not careful, Autumn Harris may just pull him under.

The fiery ginger has no idea who Balen really is and he’s determined to keep it that way. After the last eight months and a series of self-destructive behaviors, he’s content to let her believe he’s a homeless, beach-bumming surfer, living a carefree life one day at a time.

Autumn’s sexy vagabond is just charming enough to convince her to let him crash in the spare room of her villa. In exchange, he offers to be her new bestie for the week, taking her on all the excursions her friend had planned. It’s a tempting offer…her own personal tour guide and the possibility of some hot, no-strings, surfer-guy sex? What woman in her right mind would turn that down? She’s a big girl who knows the score. What can possibly go wrong?

One And Done will be published on the 12th December 2017

Melynda Price is a bestselling and award-winning author of contemporary romance. Her Against the Cage series has finaled in many awards such as the RONE, USA Today BBA, Golden Quill, National Readers’ Choice, and New England Readers’ Choice.

What Price enjoys most about writing is the chance to make her readers fall in love, over and over again. She cites the greatest challenge of writing is making the unbelievable believable, while taking her characters to the limit with stories full of passion and unique twists and turns. Salting stories with undertones of history whenever possible, Price adds immeasurable depth to her well-crafted books. She currently lives in Northern Minnesota with her husband and two children where she has plenty of snow-filled days to curl up in front of the fireplace with her Chihuahua and a hot cup of coffee to write.