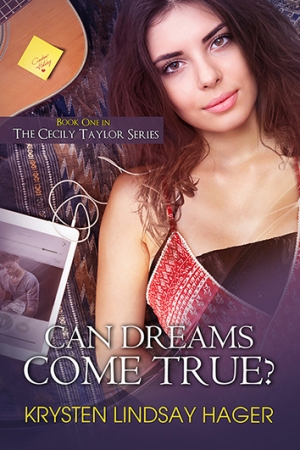 Cecily has always had a huge crush on singer Andrew Holiday and she wants to be an actress, so she tags along when her friend auditions for his new video. However, the director isn’t looking for an actress, but rather the girl next door—and so is Andrew. Cecily gets a part in the video and all of Andrew’s attention on the set. Her friend begins to see red and Cecily’s boyfriend is seeing green—as in major jealousy. A misunderstanding leaves Cecily and her boyfriend on the outs and Andrew hopes to pick up the pieces as he’s looking for someone more stable in his life than the models he’s dated. Soon Cecily begins to realize Andrew understands her more than her small-town boyfriend—but can her perfect love match really be her favorite rock star?

Pop Stars and Reality: How a YA Writer Researches Pop Stars

When you think about young adult pop star/rock star romances, you probably think of your own favorite music crushes. I had my own music crushes, but I didn’t want to rely on that as inspiration for my YA romance, Can Dreams Come True. My crush did inspire me, but I knew that writing about that alone wasn’t going to make for a realistic book. It was important to me that this particular pop star romance feel like it truly could happen. I wanted to showcase Cecily feeling all the doubts, insecurities, fears, and euphoria one would have if the opportunity presented itself where you could date your music crush. So if I wanted to make it authentic, I had to get into the mind of not only Cecily Taylor Damone, the music fan, but of Andrew Holiday—the pop star.

To get into Andrew’s mindset I read a ton of music biographies, autobiographies, and memoirs and watched many bios and documentaries on TV and online. I had an idea in my mind of how I wanted Andrew to be, which was an authentic, independent thinker who was kind of a romantic. He’s very into vintage stuff like buying records and he hates how impersonal texts are and wants a meaningful connection with someone. I knew I wanted to portray him that way, but as I began to write him, another side to Andrew came out. Suddenly we saw a guy who was disillusioned with the life of an indie pop star and who felt trapped in his own image. He also began having some issues emotionally as the inner turmoil of having to conform to record company standards was starting to get to him.

As I wrote this side of him, I began to notice things in the biographies I read and the bio shows I was watching on TV. There were a lot of singers who had difficulties adjusting to fame. Everyone from Ed Sheeran to George Michael, Marvin Gaye, Prince, Shania Twain, Kurt Cobain, and others found fame was not what they thought it would be. It really makes you appreciate what some of these signers have gone through and how some have adapted, while some were unable to. Seeing what I picked up in the bios made me wonder what more current stars (who aren’t sharing their day to day life) are dealing with.

I hope readers walk away with a different view of what fame really is and what being famous is all about. It’s a subject I’m exploring in the next book in the Cecily Taylor Series as well.

a £5 (or equivalent) Amazon gift card

Krysten Lindsay Hager writes about friendship, self-esteem, fitting in, frenemies, crushes, fame, first loves, and values. She is the author of True Colors, Best Friends…Forever?, Next Door to a Star,  Landry in Like, Competing with the Star (The Star Series: Book 2) and Dating the It Guy. True Colors, won the Readers Favorite award for best preteen book and the Dayton Book Expo Bestseller Award for childen/teens. Competing with the Star is a Readers’ Favorite Book Award Finalist.