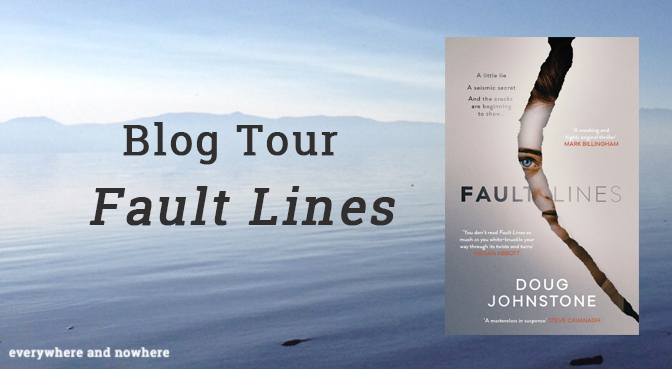 Welcome to my stop on the blog tour for Fault Lines, I was super excited to get to read this book because I’ve been wanting to read a Doug Johnstone book for a while before I tell you my thoughts here is what the book is about. 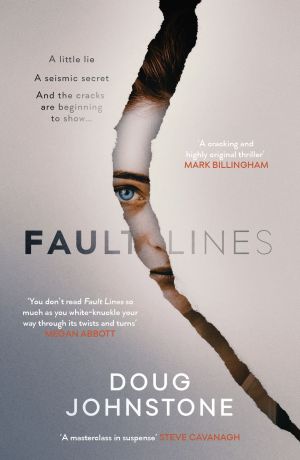 In a reimagined contemporary Edinburgh, in which a tectonic fault has opened up to produce a new volcano in the Firth of Forth, and where tremors are an everyday occurrence, volcanologist Surtsey makes a shocking discovery.

On a clandestine trip to The Inch – the new volcanic island – to meet Tom, her lover and her boss, she finds his lifeless body. Surtsey’s life quickly spirals into a nightmare when someone makes contact – someone who claims to know what she’s done…

I saw Doug Johnstone at Aye Write last year or the year before and ever since have been meaning to pick up one of his books, so it was very lucky for me when the opportunity to review Fault Lines came along. I kind of wonder why I took so long now.

This book isn’t the kind of flashy thriller I had originally expected, it’s a clever and stylised slow burn, the one that creeps up on you and you don’t realise how hooked you are until it’s over. The concise writing and short chapters give the book a runaway pace, once the momentum builds it’s full steam ahead.

I thought at first I’d maybe have a hard time picturing Edinburgh with volcanic activity, but surprisingly it took no time for me to get used to it. I found it a really fascinating backdrop to the story as well, I don’t know much about geology but the snippets of information were easy to follow and certainly kept my interest.

There were no characters that I felt drawn towards and I wouldn’t have said they were likeable but I liked them for the story. Surtsey just can’t seem to dig herself out of the lies she feels she has to tell, and her family life implodes as everything starts to unravel, I quite liked that she was her own person and she dealt with things in a way I wouldn’t have expected.

There are a few twists in Fault Lines that caught me by surprise but I think what worked best for me was not the twist itself but having the residual thoughts of whether the characters knew what had been revealed. Gave me chills the more I thought about it.

The only little thing that I wasn’t 100% on was the killers motive, I’m still not sure I entirely understand why maybe that’s the intention but I just didn’t feel like it was enough.

I loved this book and I would definitely recommend it. I’m really looking forward to seeing what Doug Johnstone comes up with next.

There are still lots of stops on the tour, so be sure to have a look at them… 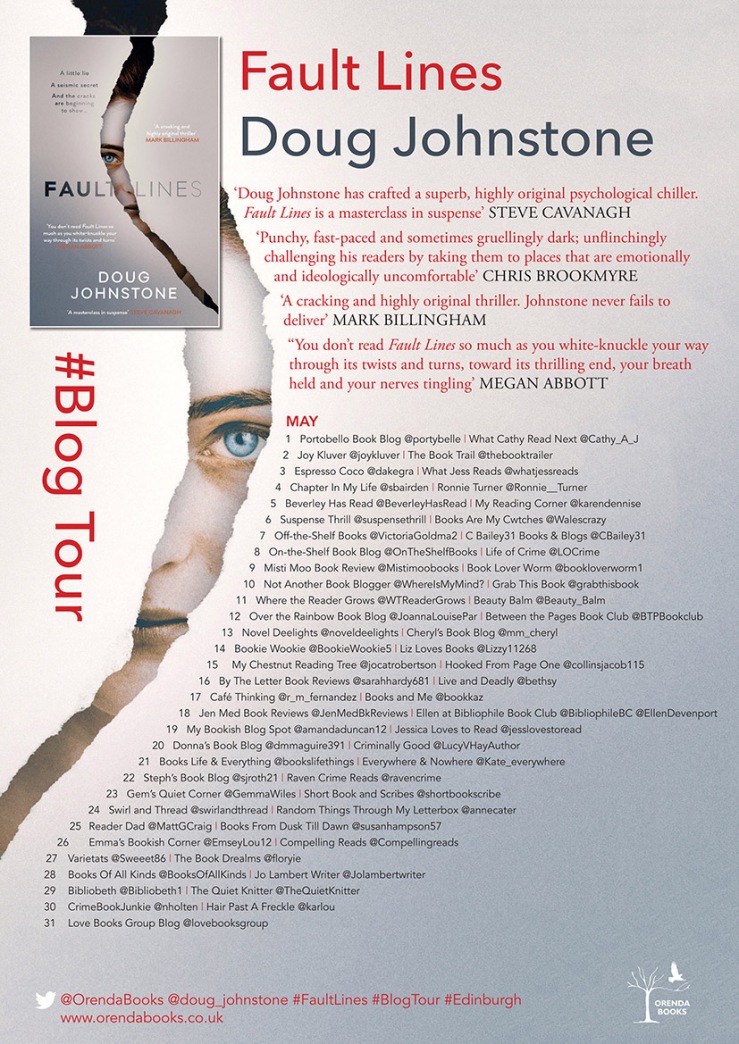 Doug Johnstone is an author, journalist and musician based in Edinburgh. He’s had eight novels published, most recently Crash Land. His previous novel, The Jump, was a finalist for the McIlvanney Prize for Scottish Crime Novel of the Year. Several of his other novels have been award winners and bestsellers, and he’s had short stories published in numerous anthologies and literary magazines. His work has been praised by the likes of Ian Rankin, Val McDermid and Irvine Welsh. Several of his novels have been optioned for film and television.

Doug is also a Royal Literary Fund Consultant Fellow. He’s worked as an RLF Fellow at Queen Margaret University, taught creative writing at Strathclyde University and been Writer in Residence at both Strathclyde University and William Purves Funeral Directors. He mentors and assesses manuscripts for The Literary Consultancy and regularly tutors at Moniack Mhor writing retreat. Doug has released seven albums in various bands, reviews books for The Big Issue magazine, is player-manager for Scotland Writers Football Club and has a PhD in nuclear physics.