Kicking off for the everywhere world in December I have a very interesting book to introduce to you, I’ll be giving you my thoughts and there is a giveaway for those of you that live in the US. 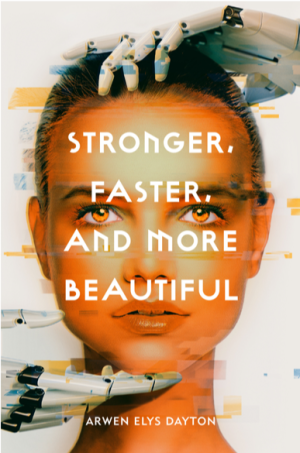 For fans of television shows Black Mirror and Westworld, this compelling, mind-bending novel is a twisted look into the future, exploring how far we will go to remake ourselves into the perfect human specimen and what it means to be human at all.

Set in our world, spanning the near to distant futures, Stronger, Faster, and More Beautiful is a novel made up of six interconnected stories that ask how far we will go to remake ourselves into the perfect human specimens, and how hard that will push the definition of “human”.

This extraordinary work explores the amazing possibilities of genetic manipulation and life extension, as well as the ethical quandaries that will arise with these advances. The results range from the heavenly to the monstrous. Deeply thoughtful, poignant, horrifying, and action-packed, Arwen Elys Dayton’s Stronger, Faster, and More Beautiful is groundbreaking in both form and substance.

This is a strong set of stories, I mean when you are dealing with a book of short stories there are always ones that you like and ones that you either aren’t that fussed on or just aren’t your thing, however in this set even the ones that I found harder to digest were engaging and asked relevant questions.

I think what works really well for these stories is that they are all connected in some way, by a character that is mentioned or even just from an idea that has evolved from the story before. This shows the passage of time really well as there is a pinpoint on each one that you can relate back to the other, it also helps with the evolution of the world within the stories, having something introduced in the story before means you don’t need to go over it in the story you’re in so you already have the impression of the world without having to be told.

The characters are strong, I think the author has captured the human condition well, the need for control and power on a much grander scale, and how each person looks at their life and their place in the world. I liked that it wasn’t centred in one place as well, it was set in different parts of the world and around people with varying degrees of modifications, it made it more compelling having the views from different countries.

Even though the stories are set in an unknown time for us the author still manages to make you connect with the work through the characters, showing you the little details that you can relate to. It is based on things that most people will have dealt with, family politics, the struggle to fit in, loss of control and how the characters deal with the hand they’ve been given.

There was also a message to each story, a cross between a fable and a cautionary tale, one that you can take away from the book and wonder how it applies to your own life and it certainly made me think about the ways in which our world is getting darker.

I liked that some of the stories were left open-ended, you weren’t given the answer you had to imagine what would happen next, which I thought worked oddly well when each new story brought a new kind problem. I would think back to characters as more information unfolded and wonder how this would affect them, whether they managed to get to where they needed to be.

My favourite stories in the book were St. Ludmilla because I could relate to being in that situation, and Curiosities because the story essentially comes full circle and I like that there was the glimmer of hope. I did find three of the stories harder to read than the rest, the first few were only dealing with a few necessary modifications, but as the stories went on and it became people pushing these modifications onto others that I found it uncomfortable to read.

I suppose though that there is some poignant insight in that, sometimes you have to face up to things even if it makes you uncomfortable, maybe it’s just my drawing on my own thoughts about recent news stories but it does make you reflect on our world and how we behave toward each other. I don’t know if this is what the author intended but it is certainly a fascinating by-product of her stories.

This is a very thought-provoking set of stories, with a relevant message and I would recommend giving it a read. 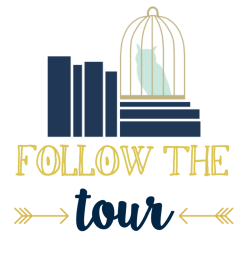 If you like the sound of that and you live in the US, click on the link below to win…

a finished copy of Stronger, Faster, and More Beautiful

Arwen Elys Dayton is best known for her 2012 novel Resurrection and the YA Seeker trilogy. She began her career as a teenage staff writer at a foundation that produced Peabody Award-winning educational shows for PBS. Soon afterward, she began writing novels.

She spends months doing research for her stories. Her explorations have taken her around the world to places like the Great Pyramid (which she explored by flashlight when researching Resurrection), Hong Kong and its many islands, lots of ruined castles in Scotland, and the cold cities around the Baltic Sea. She enjoys creating complete worlds inhabited by characters who charm, frustrate or inspire. Arwen lives with her husband and their three children on the West Coast of the United States.