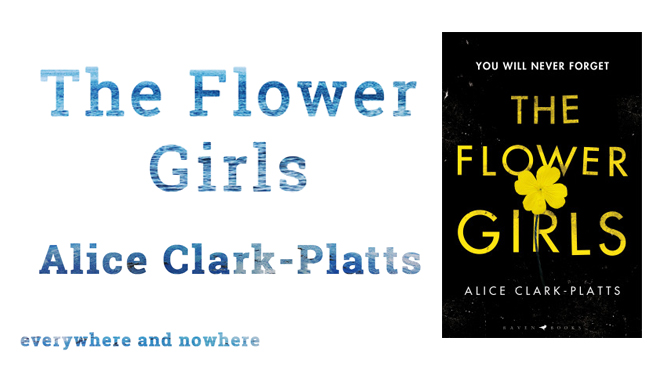 The Flower Girls. Laurel and Primrose.

One convicted of murder, the other given a new identity.

You know when you are a few pages into a book and you just know that this one is going to keep you gripped from start to finish, this is that book. I’m still in shock and amazement and feel like I’ll be thinking about this book for weeks to come.

It can be very chilling at times, the kind of conflicting book that you don’t want to put down but at the same time, on occasion, you need to set aside for a moment. The subject matter is so serious and very affecting but it has been dealt with well.

I think what made it get under my skin the most was getting to hear from so many perspectives and as the pictures start to build, realising the implications of what happened in both 1997 and in the present day and how it affects the different characters.

It isn’t just about the murder it’s the question of culpability, how we treat people who are related to someone in that position, whether rehabilitation is possible in such a young offender and at what point should they be considered for release; and how people can end up as prime suspects because of past wrongdoings even if there is no link to them other than that historic event. It is all of these issues that make up The Flower Girls and make it such a tense and atmospheric read.

There aren’t really any likeable characters in this book, I was surprised because I thought I would feel in a more positive way about Joanna, Kirstie’s aunt, but even she becomes particularly unlikeable. This just speaks to how good the author is at her craft and how amazingly well she has managed to capture the human condition in all of her characters.

The Flower Girls is certainly a book I won’t forget in a hurry, filled with suspense and a few twists that you might not expect, it is a compulsive read and even though its subject matter is difficult and won’t be for everyone I would really recommend it.