I have to say the cover definitely caught my eye on this one, it’s so pretty. Today I’m sharing my thoughts on the book and there is a giveaway you’ll want to check out. 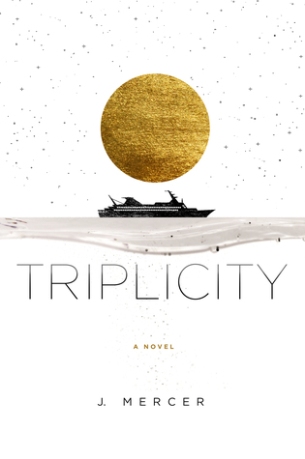 One week on an Alaskan cruise, three teens, and an endless trail of lies.

Enter a series of thefts on board and they all fall under scrutiny. Though Navy acts a proper preacher’s daughter, she did end up with someone else’s purse in her hands, and Jesse knows way more than he should about what’s gone missing. Isaiah, however, is the one with motive—enough money and he could get back to his ranch. Each holds a piece of the truth, but exposing the thief could damn them all. They must navigate through the lies they’ve told, choose between standing together or saving themselves, and decide if innocence is worth facing their ugliest secrets.

For readers of Kasie West and Jenny Han.

There is something quite compulsive about this book once you start reading it, from the blurb you know that you are looking for a thief so there is the mystery element, what I hadn’t expected was to feel so invested in the characters. It ended up that I wasn’t that bothered about ‘whodunnit’ but how things were going to be left between Navy, Isaiah and Jesse.

I think what I loved the most about these characters were that they were flawed but also lovable. The author managed to show all the different facets to their personality, even if they were the kind to put you off, but still made you feel like you should be rooting for them.

I didn’t think I was going to like Navy, to begin with, she seemed very cocky, gave this impression like she was full of herself. As I read on I discovered that if anything she was trying not to stand out, that she knew who she was and what she wanted but in a very authentic way.

Jesse did seem a little unusual at first, kind of suspicious because he was so friendly with everyone, but eventually, I realised that that was just his character, he cared enough about other people to get to know them no matter who they were.

For a good majority of the book, I felt a really strong connection with Isaiah and was really hoping that things would go his way, but then nearer the end, we got to see this whole other side to him. Whilst I admire his passion and determination to secure his own future and not what someone else lays out for him, it was difficult to see someone act so badly through desperation.

The book is told through all three characters POV and I will admit that I found the first couple of pages a bit difficult, I think only because there was a lot going on and when you don’t know the characters that well it’s easy to mix up whose voice you are hearing. However after those initial couple of pages, the writing and the switching between POV’s felt seamless.

I really liked how everything unfolded, it all became so tangled and there were bits that were very unexpected. I really wouldn’t have guessed at the outcome at all, I mean the clues were there but I was so involved with the characters that they kind of became insignificant, which was brilliant. I’m also glad that even though Navy, Jesse and Isaiah did at points have issues with each other, that they managed to all have some kind of positive to take away with them.

I really flew through this book and love getting to know about the characters, I will definitely be looking out for more books by this author.

J. Mercer grew up in Wisconsin where she walked home from school with her head in a book, filled notebooks with stories in junior high, then went to college for accounting and psychology only to open a dog daycare. She wishes she were an expert linguist, is pretty much a professional with regards to competitive dance hair (bunhawk, anyone?), and enjoys exploring with her husband–though as much as she loves to travel, she’s also an accomplished hermit. Perfect days include cancelled plans, rain, and endless hours to do with what she pleases.