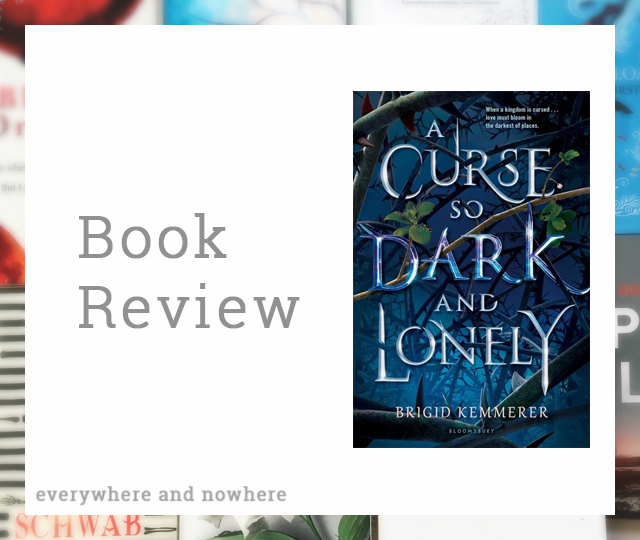 I am delighted to be sharing my review of the first book of my Retellings Reading Challenge. I had hoped to get started last month but life got busy, however, here I am with book number one and it’s a brilliant book to start off with. 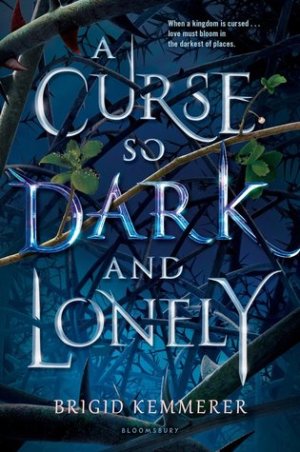 Fall in love, break the curse.

It once seemed so easy to Prince Rhen, the heir to Emberfall. Cursed by a powerful enchantress to repeat the autumn of his eighteenth year over and over, he knew he could be saved if a girl fell for him. But that was before he learned that at the end of each autumn, he would turn into a vicious beast hell-bent on destruction. That was before he destroyed his castle, his family, and every last shred of hope.

Nothing has ever been easy for Harper Lacy. With her father long gone, her mother dying, and her brother barely holding their family together while constantly underestimating her because of her cerebral palsy, she learned to be tough enough to survive. But when she tries to save someone else on the streets of Washington, DC, she’s instead somehow sucked into Rhen’s cursed world.

Break the curse, save the kingdom.

A prince? A monster? A curse? Harper doesn’t know where she is or what to believe. But as she spends time with Rhen in this enchanted land, she begins to understand what’s at stake. And as Rhen realizes Harper is not just another girl to charm, his hope comes flooding back. But powerful forces are standing against Emberfall . . . and it will take more than a broken curse to save Harper, Rhen, and his people from utter ruin.

I was so excited for this book, and very unfortunately got to the stage that I accidentally overhyped it all on my own. The first time I attempted reading it something wasn’t clicking, I was a bit disappointed but I know that I am a mood reader, so I put it aside and waited a bit longer. Thankfully this was just a case of not being in the right mood because on my second attempt I was so immersed I felt like I had fallen into Emberfell just like Harper.

I love a retelling and even though Beauty and the Beast is a story that has been retold many times, this book felt fresh and exciting. It has many of the classic elements but weaved together with enough difference to make it stand on its own.

The writing style was easy and infectious I honestly had a hard time putting it down, it is quite a long story but it really didn’t feel like it, especially in the last half of the book when the action really kicks in. The world-building was also great, there was enough information there to paint a full picture, and I always feel like if I can be that absorbed in a book and not have too many questions about the world at the end then the writer has done a good job.

I loved Harper, she’s so resilient, violently pulled into new surroundings, having to deal with an enchanted castle, and with the loss of her brother and mother at a critical point in their lives. She’s the kind of character that you can’t help but fall in love with because even when she is outmatched against an opponent she strives to improve so that she has the edge the next time. She also makes plenty of mistakes that she learns from, she starts to see that having the best of intentions doesn’t always mean that you can act on a whim.

I also loved getting to see the comparison between how she was in her real life compared to Emberfall, you realise how much she has grown as a person, although I was glad that we didn’t spend too much time in DC because I was loving the adventure of Emberfall too much. Another thing to mention is that Harper has cerebral palsy, I cannot say whether her representation is accurate but I thought it was handled brilliantly, she knows her limitations and will set the record straight when she needs to, which for me is realistic.

Harper also has an amazing effect on Rhen, she forces him to see things in another light, you could tell that this attempt to break the curse was so different than the others. This really highlighted the difference in Rhen we see him on full charm offensive the tactic he has used countless times before and then eventually we get to see when he is vulnerable and has nothing left to lose. He really comes into his own when he is pushed out of his fugue by Harper and starts doing his best to help his people.

As much as I loved Rhen, Grey, I have to say was dazzling. He had that silent brooding thing going on and exuded strength and loyalty. There is a bit of a spark between Grey and Harper and that just makes the tension in the story even better because there is obviously so much riding on her falling for Rhen.

There was only one thing that I felt was slightly lacking, the enchantress wasn’t as well developed as she could be, she was vicious but I wasn’t 100% sure about her motivations, but it didn’t stop my enjoyment of the book in any way.

I also can’t believe the ending!!  I’m not sure how I’ll manage to wait to find out what happens to them all, I’m so excited already. I highly recommend A Curse So Dark and Lonely but beware you will definitely be left wanting more.

4 thoughts on “Book Review | A Curse So Dark and Lonely”