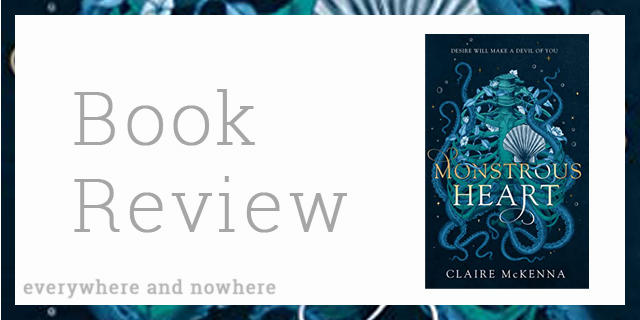 Starting the week with a brilliant book, I’m on such a good reading spree at the minute and loving every second of it. 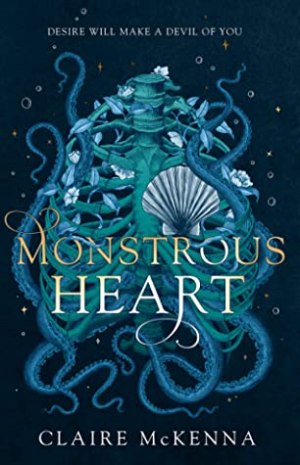 When Arden Beacon is sent to the lighthouse, she is simply a woman with a job to do. She neither seeks, nor expects, distraction. After years tainted by disappointment, Arden is finally taking up her family’s profession. She must prove herself worthy of her name, for she has nothing else.

But the coast she has been tasked with lighting is far from the world she knows – the salt-swept, backwater town of Vigil is battered by a sea teeming with colossal, ancient beasts. It is a place of secrets, rumours and tight-lipped expectations of a woman’s place.

More than anyone, the folk of Vigil whisper about Arden’s new neighbour, Jonah Riven, hunter of leviathans. He murdered his wife, they whisper – a perfect, golden girl, full of charm and potential. So very different to Arden Beacon.

They say he is as much a monster as his prey, but Arden cannot get this dark stranger out of her head.

A sensational debut novel perfect for fans of Outlander and The Binding. This is gothic, epic, romantic fantasy at it’s very best; a tale of magic, intrigue on dangerous waters.

I know that in an ideal world you shouldn’t judge a book by its cover but I will freely admit that the cover is what first started my fascination with this book. I have been excited to read this book for a while but I had an inkling that it was the kind of book that I would have to really be in the right reading mood for so I was saving it until I was in a mood for a fantasy read and able to invest myself in it.

I have to say that when I looked up the book to remind myself of the blurb I found a review that mentioned the writing style was a little unusual but to stick with it because after a while you get used to it. I found that really helpful and meant that I could get into the story a little quicker so I thought it was worth repeating.

Actually, I quite enjoyed the style in which it was written, it was quite lyrical and had a gothic feel to it which I think lent itself to the setting of the book. It might not be to everyone’s tastes and admittedly I found I had to engage my brain a lot more to find meanings for certain terms but I liked that I was having to work for it, it meant I was really having to immerse myself in the book.

The world-building was another interesting part of this book, I’m used to most fantasy books starting off with a lot of information to really build up the world that the characters are in, with Monstrous Heart there was more of a build-up within the story. Nothing is easily given away and I found I was working things out through the context of the book, again that added to the reading experience for me. I have a pretty great imagination and it all mostly clicked into place but it might not be the same for everyone.

I will admit there were a few times that I was a little thrown, and that was usually when there was too much cross over between the fantasy world and reality. As an example when a familiar place name was used, to go from a situation and a world that you are creating that sits apart from our world and then adding in a recognisable place was quite jarring at times because I felt it didn’t fit with what I had imagined, it felt out of context.

However, I was very interested in the blood magic and the way the people and bloodlines are controlled by the Eugenics society and the mysterious Lion Order and of course the islands that are out of their reach and control. It definitely gave a suspenseful backdrop to an already intriguing story. It also helped me connect with Arden, there are a lot of things stacked against her taking her place at the lighthouse and I couldn’t help but want her to succeed.

Both Arden and her assistant Chalice are strong female characters in a world that doesn’t favour them, and I have to admit that I enjoyed their friendship because they were very different but worked so well together. Arden being somewhat stubbornly independent is what sets her into the path of Mr Riven, her mysterious brooding neighbour, who has a monstrous reputation. I think the enigma that was Jonah Riven was what kept me riveted throughout the story, trying to figure out his character and what truths there were in the rumours surrounding him. I was a little disappointed by one of the antagonistic characters in the book, I feel the end result didn’t quite do the build-up justice but it was kind of a fleeting glimpse of them and since I am hopeful that there is going to be a sequel to this book there will be more time to explore this character fully.

There is so much more to explore in this mesmerising world, I was completely drawn in and I am hoping that it won’t be long until I get to return to it.