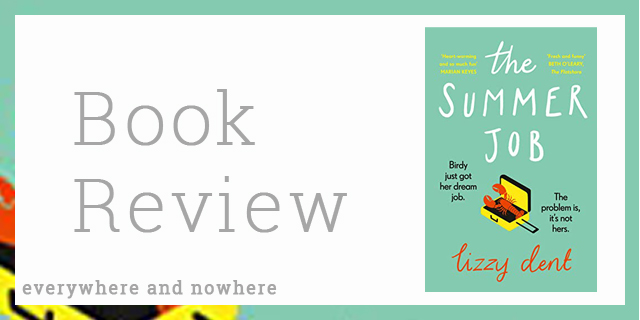 I am on a roll with fun reads recently which I am very much enjoying.

Have you ever imagined running away from your life?

Well Birdy Finch didn’t just imagine it. She did it. Which might’ve been an error. And the life she’s run into? Her best friend, Heather’s.

The only problem is, she hasn’t told Heather. Actually there are a few other problems…

Can Birdy carry off a summer at a luxury Scottish hotel pretending to be her best friend (who incidentally is a world-class wine expert)?

And can she stop herself from falling for the first man she’s ever actually liked (but who thinks she’s someone else)?

I just knew as soon as I read the blurb for this book that I was going to love it, as a reader I often imagine slipping into someone else’s life but never quite in the way that Birdy does. I love that it seems so harmless at first, who will really notice if she takes this job for Heather, but then as Birdy realises just how different the situation is from what she expected I knew that this was going to end up a fraught but fun journey.

I think it’s Birdy’s energy that really pulled me into the story, she is the kind of character whose heart seems in the right place even when she is doing something deceitful and manages to get away with it because she is charming and just unapologetically herself, even when she’s pretending to be Heather. Also James, I mean he’s just perfect, very loveable and unassuming, it’s one of those situations where you are kind of rooting for something to happen between them because they have all the right chemistry but at the same time you really don’t want anything to happen because you know that someone will get hurt in the end.

I found I had those kind of rollercoaster feelings throughout the book, I was cheering her and the team on when things were going well but I was also waiting for something disastrous to happen at the same time, and there are plenty of opportunity for slip-ups. It got to the stage that I was both wanting to get to the end of the book to see how or if she is found out but also just not wanting the story to end because I was enjoying it so much. There is a lot of fun to this book but I liked that it didn’t shy away from the harder topics too, it is well balanced and that for me made it all the more enjoyable because it felt more real. It also allowed Birdy the chance to grow as a character and show that she is more than the sum of some bad decisions, which is what I was hoping for the most when reading.

The setting also really comes alive in this book, I wish Loch Dorn was a real place because I would love to be one of the loveable misfits that end up working there, it definitely made me want to go off on a little Highland adventure. There is a quirky bunch of characters that work at Loch Dorn and they all make the story come alive that little bit more and provide many obstacles for Birdy to overcome.

The Summer Job is a highly enjoyable read with a story that is compelling and at times unexpected and a main character that you can’t help but adore even when they are not being entirely honest.