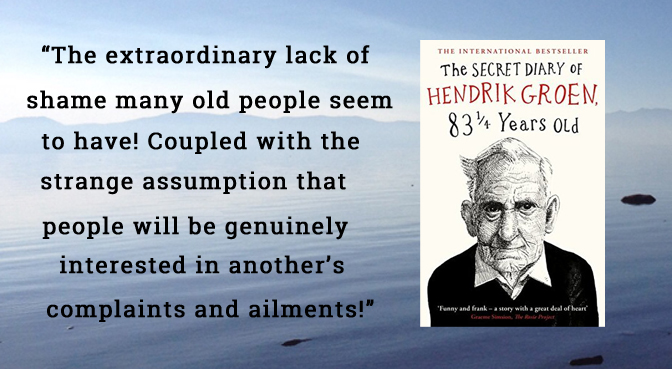 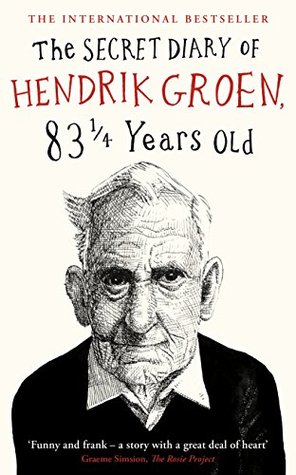 Hendrik Groen may be old, but he is far from dead and isn’t planning to be buried any time soon. Granted, his daily strolls are getting shorter because his legs are no longer willing and he had to visit his doctor more than he’d like. Technically speaking he is … elderly. But surely there is more to life at his age than weak tea and potted geraniums?
Hendrik sets out to write an exposé: a year in the life of his care home in Amsterdam, revealing all its ups and downs – not least his new endeavour the anarchic Old-But-Not Dead Club. And when Eefje moves in – the woman Hendrik has always longed for – he polishes his shoes (and his teeth), grooms what’s left of his hair and attempts to make something of the life he has left, with hilarious, tender and devastating consequences.
The indomitable Hendrik Groen – Holland’s unlikeliest hero – has become a cultural phenomenon in his native Netherlands and now he and his famously anonymous creator are conquering the globe. A major Dutch bestseller, The Secret Diary of Hendrik Groen will not only delight older readers with its wit and relevance, but will charm and inspire those who have years to go before their own expiry date.

The Secret Diary of Hendrick Groen will be published on 25th August 2016.

The motto of this little group of resentful old codgers must be: “How do I make things as hard on myself as possible?” As if being old doesn’t bring misery enough.

Meet Hendrik Groen, aged 83; a resident in a North Amsterdam care home; who has written a diary about the ins and outs of life with the “inmates”.

This is the first book that has made me laugh out loud in quite some time, even though it deals with some tough subjects and can at points be very sad, it also has this hopeful and humorous feeling to it. It might not be the type of book that you would immediately pick up as there is no plot to speak of, just a story on the passing of time, however what makes this book special is the personalities it portrays. It gives a good insight into how different people fit into this situation of living with near strangers, and it’s nice to see how extreme people’s oddities get as you get older.

What makes this book so funny is the way it describes things that people might find squeamish or mundane; the language that he uses is elaborate and well put together to highlight the funny side. He contrasts the bubble of the care home to the outside world with such great comedic effect, that you can’t help but share in his jovial attitude towards some of the circumstances.

Everyone in here has strong views on the subject of cake crumbs in fish tanks. But ask them what they think of the war in Syria and they’ll stare at you as if you’ve just asked them to explain the theory of relativity.

There are many comparisons between old age and childhood; these are magnificently highlighted by the rules and regulations that the care home and the director seem to impose at the drop of an elderly person a hat; which again accentuates the segregation of the older generation from modern society. What is great though is reading how the characters respond to these situations and realising that I would react that way or that I could see my parents and my grandparents reacting in the same way.

This story is also about the importance of friendship and companionship, Hendrik and a select group of friends form the Old But Not Dead Club in which they each take turns to organise trips for the members. The presence of the group shows the importance of forming bonds and that it can happen at any age; the difference is the older you get the more you appreciate them; and that hope and adventure can keep your spirits going no matter what your circumstances are. On top of that it demonstrates people’s vulnerability and how hard it is to admit when your body or mind is failing you; but also brilliant acceptance in making the best out of a scary and unfamiliar situation, and in finding people that you can rely on. I thought that the way these vulnerable moments were written really made them resonate and definitely evoked a range of emotions within me. This is one of the best features of this book, the way it seamlessly takes you through many different emotions but still leaves you feeling hopeful.

There isn’t much more I can say; except that this book is one you should definitely put on your must read list; so I shall leave you with some more words from the sometimes grumpy rebel Hendrik:

I once casually asked how many people here receive this kind of unsolicited prize-letter. Most of them do. And many are unable to resist the temptation…Most of them don’t like to talk about it. But occasionally there’s one who’ll make a great fuss about how he’s been swindled. The elderly make easy marks. I don’t bother to cancel these solicitations when I get them, in order to drive up the enemy’s costs.

Thank you to Michael Joseph, Penguin UK and Netgalley for the review copy of this book.

The Kiss Thief by L.J. Shen
A Good Girl’s Guide To Murder by Holly Jackson
Angel’s Cage by Anna Zaires
The Upper World by Femi Fadugba
Jade Fire Gold
Devil’s Lair by Anna Zaires
The Lighthouse Witches by C.J. Cooke
This Is Our Rainbow by Katherine Locke & Nicole Melleby
The Last Graduate by Naomi Novik
Loading Comments...
%d bloggers like this: