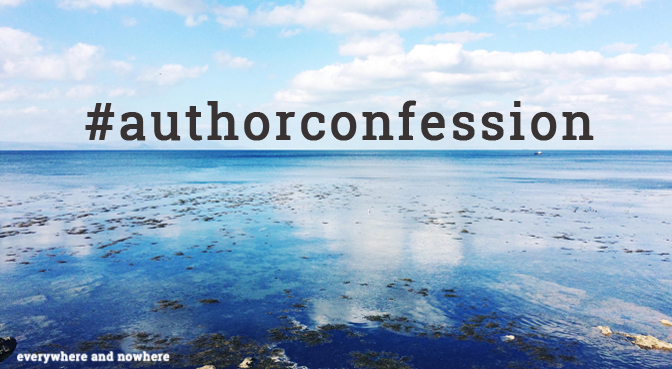 Last month I took part in #authorconfession, which was created by JM Sullivan and wrote a post about it with all my January answers. Well, it continued into February so I thought I’d share my answers for this month as well. 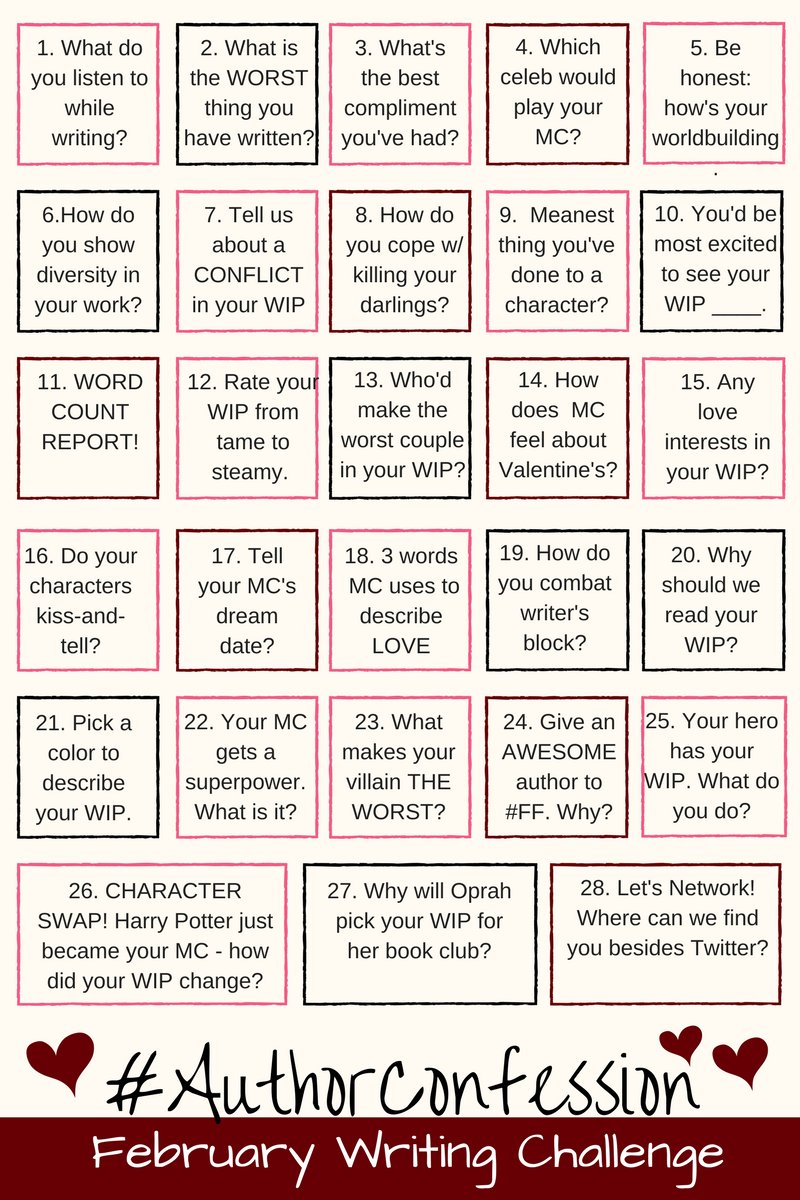 What do you listen to while writing?

What is the WORST thing you have written?

I don’t even know if I want to say, I was young(ish), there was a triangle between MC, her mother and her mother’s boyfriend

What’s the best compliment you’ve had?

Does the fact that they didn’t run away, look disgusted, laugh or suddenly not make eye contact count as a compliment?

Which celeb would play your MC? 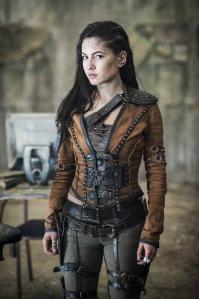 Be honest: how’s your worldbuilding

I think it’s ok, for ideas that have had a long time bouncing around in my head before being written it’s even better

How do you show diversity in your work?

Tell us about a CONFLICT in  your WIP

When Eli gets exiled!!

Briar isn’t happy, Lyall realises he might have gone too far and Sam glories in that

How do you cope with killing your darlings?

It depends on if I’m in a ruthless mood or not, I haven’t had to do it too much yet but hopefully it won’t make me mopey

It’s not the meanest but I’ve had my mc constantly question her world view, the meanest isn’t suitable for 140 spaces

You’d be most excited to see your WIP ___

I honestly don’t know, typed up about 15k, on the miscellaneous sheets of paper floating around my bedroom who knows

Rate your WIP from tame to steamy.

My WIP isn’t a romance but I won’t say tame because there will be some scenes that are a bit racy, well hopefully

Who’d make the worst couple in your WIP?

Lyall and Hunter, they are polar opposites and not in the cute we can still be together way, the arguments would be awful

How does MC feel about Valentine’s?

I think she’s got far too much going on to really care about it, I’m not sure it’s a thing in her world

Any love interests in your WIP?

Do your characters kiss-and-tell?

Hadn’t thought about it, but I don’t think they would, although there’s an evil flat mate who would to stir things up

I think her dream date would be a day where she doesn’t have to worry about curfew, being shot at or lied to

Not sure but possibly trust, connection, commitment. There’s already too much instability in her world

How do you combat writer’s block?

Why should we read your WIP?

Why? Um because it’ll make me feel like I’ve achieved something…and because there might be a bribe of cake

Pick a colour to describe your WIP 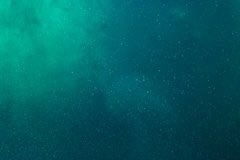 Your MC gets a superpower. What is it?

Has anyone seen Fern Gully? She would have a similar power to Crysta’s, helping things grow, casually shrinking people

What makes your villian THE WORST?

Because he’s used to getting what he wants and fighting for it, hard to say more without giving too much away

Give an AWESOME author to #FF. Why?

#FF there are so many to choose from!! But I have read good things from @dariowrites @Blondewritemore @TaraSparling

Your hero has your WIP. What do you do?

End up arguing, lots of “I wouldn’t do that” “I wouldn’t say that” because Briar can be contrary & stubborn, bit like me

CHARACTER SWAP! Harry Potter just became your MC – how did your WIP change?

Lyall would throw Harry in the cells, they would think he was mad referring to himself as a wizard.Downhill from there

Why will Oprah pick your WIP for her book club?

Because of all the subliminal messaging that I will be providing, that or bribery

Let’s network! Where can we find you besides Twitter?

I can also be found on Instagram: https://www.instagram.com/raven_everywhere/ … Or at my little spot (which would be here

The game is continuing into March as well, you can always keep up or join in through twitter with #authorconfession