Welcome to my stop on the tour for The Many Colours of Us, today I have for you an extract from the book and my thoughts on it. Just in case you haven’t been following along with the tour, here is what the book is about… 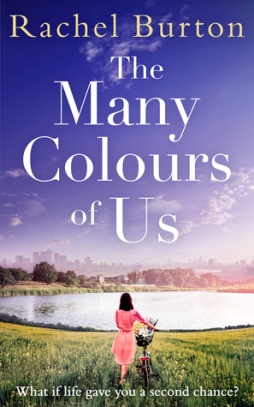 What if your life was built on lies?

Julia Simmonds had never been bothered about not knowing who her father was. Having temperamental supermodel, Philadelphia Simmonds, as a mother was more than enough. Until she discovers she’s the secret love-child of the late, great artist Bruce Baldwin,  and her life changes forever.

Uncovering the secrets of a man she never knew, Julia discovers that Bruce had written her one letter, every year until her eighteenth birthday, urging his daughter to learn from his mistakes. As Julia begins to dig deeper into the mysterious past of her parents, opening up a history she’d never have imagined, but as she discovers the truth she needs to decide if she is willing to forgive and forget?

My relationship with my mother has been fractious for years, mainly due to her refusal to tell me who my father is. But despite this, every few months the umbilical pull back to West London is too strong to resist. I have long since lost count of the number of times I’ve made the journey from Cambridge to Kensington; train to King’s Cross, the fast one if I can get my times right and then the Circle Line going west and south, looping through Baker Street and Bayswater, stations I’ve travelled through for half of my life but never got out at, until my stop, High Street Kensington. There are probably quicker ways, but I love the Circle line. It was the first tube I ever remember travelling on and the first I ever travelled on alone, it’s as much my home as the streets of Kensington above and there’s something about its circuitous nature that appeals to me. There is no end of the line here, just a sensation of going around and around until you find what you are looking for. I’m probably the only person in London who has warm feelings about the Circle Line. Most people find it as useful as a chocolate teapot.

I’ve never had a proper conversation with my mother about her life before I was born. When I was a child her past had been something glamorous and mysterious that I was too young to understand. All her old headshots and magazine covers were kept in pink filing boxes at the bottom of the wardrobe in the smallest bedroom at the top of the house that my mother ostentatiously refers to as her office. As a child, I used to go through these boxes in secret, looking in awe at pictures of my mother advertising make-up, modelling on the catwalk, arriving at parties. I never heard any stories about those times, even when I pushed and pushed to be told. My mother just smiled sadly and changed the subject.

These days, of course, it only takes a simple internet search to realise how famous Philadelphia Simmonds was and how quickly she had fallen from grace. In the early 80s nobody was interested in a model with a child. If there wasn’t a husband, then there wasn’t a six-page magazine spread either.

My mother went from being one of the most famous faces on the planet to has-been in one fell swoop and all by the time she was my age.

No amount of internet searching or scouring old newspapers and library records has ever given anything away with regards to my dad’s identity though. God knows I’ve searched enough over the years.

Piqued your interest yet…here are my thoughts…

I love a book involving family secrets. There is just something about knowing that the secret is going to change someone’s life and seeing how they deal with it that really appeals to me. Add art and creativity into the mix and I was all for diving into this story.

What makes this book stand out is that even though Julia learns of her father after his death and at many occasions during the story is angry at those around her and the situation, it doesn’t bog down the book. It continues to have this light tone, which I found remarkable as sometimes I can find myself feeling a bit angsty after reading a book where such secrets are revealed, which is what I was expecting, but even through lots of other emotions I still felt hopeful.

I found I was drawn into Julia’s story very easily and you can’t help but feel for her as she goes through so much upheaval in her personal life. She is such a likeable and relatable character, despite her unusual upbringing and everything being thrown at her she is resilient and has such a brilliant outlook on the direction her life is taking. I thought perhaps she went a bit too easy on her mother at times but then maybe that’s what made me admire her even more.

Julia’s mother Philadelphia is also a character that really stood out to me, she’s particular in a way that I found funny and infuriating and I enjoyed getting to see so much growth in her as well.

The letters interspersed throughout the book were a wonderful addition to this story. It was a lovely way to get to know more about the past without it being dumped on me all at once and it was nice to see things from Bruce’s perspective as well.

The only thing that maybe just didn’t quite make it for me was the chemistry between Julia and Edwin. I thought they were both lovely and of course, I was always hoping that they would admit they liked each other as more than friends but I didn’t really feel the chemistry between them at the beginning. Towards the end of the book I could begin to see it better but at the start, it felt as if people were pushing the idea of them together rather than something that occurred naturally. Maybe it was just me, but this didn’t detract from my enjoyment at all.

This is a wonderful, uplifting and very emotional book, the writing flows well and easily captures your attention. I would highly recommend it and I can’t wait to see what comes next for this author.

You should head on over to Books, Life and Everything for another brilliant stop today and there are still a few more stops left on the tour, so you should swing by and check them out. 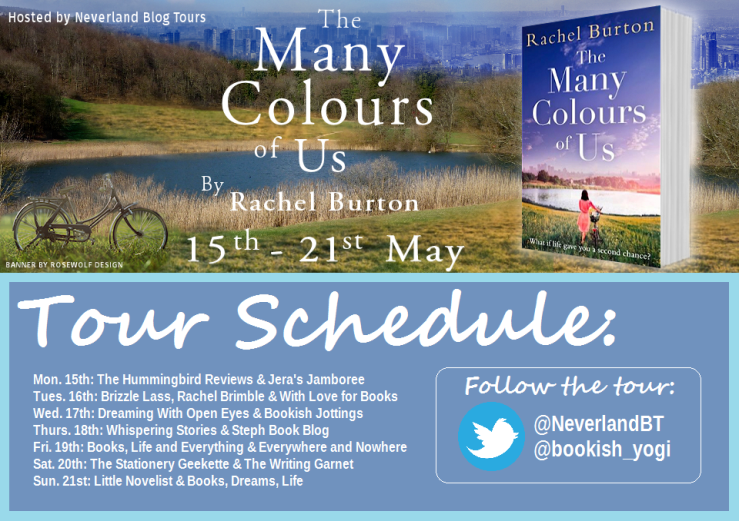 Rachel Burton has been making up stories since she first learned to talk, prodigiously early. In 2013 she finally started making one up that was worth writing down.

She has a BA in Classics and an MA in English and has never really known what to do when she grew up. She has worked as a waitress, a legal secretary, a yoga teacher and a paralegal. She never quite made it to law school.

She grew up in Cambridge and London but now lives in Leeds with her boyfriend and three cats. The main loves of her life are The Beatles and very tall romantic heroes.