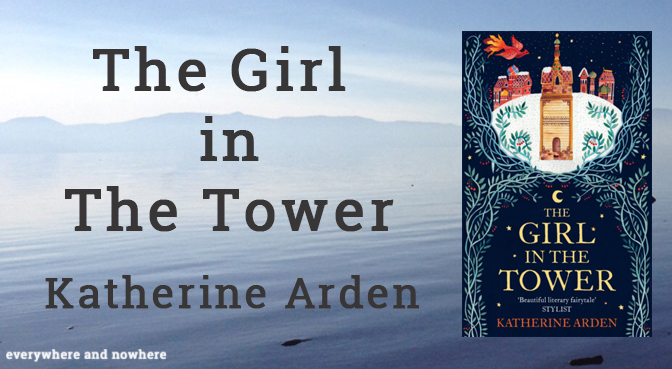 The Bear and The Nightingale was one of my favourite books of 2017 so of course, I have been eagerly awaiting the next book as soon as I found out there was one.

For a young woman in medieval Russia, the choices are stark: marriage or a life in a convent. Vasya will choose a third way: magic…

The court of the Grand Prince of Moscow is plagued by power struggles and rumours of unrest. Meanwhile bandits roam the countryside, burning the villages and kidnapping its daughters. Setting out to defeat the raiders, the Prince and his trusted companion come across a young man riding a magnificent horse.

Only Sasha, a priest with a warrior’s training, recognises this ‘boy’ as his younger sister, thought to be dead or a witch by her village. But when Vasya proves herself in battle, riding with remarkable skill and inexplicable power, Sasha realises he must keep her secret as she may be the only way to save the city from threats both human and fantastical…

I actually don’t think I can put into words just how much I enjoyed this book. The Bear and The Nightingale was amazing but The Girl in The Tower far surpasses it. The first book was a lot about setting the scene and the world that the author has created is better for it, but this book slides right into the action and doesn’t stop.

Vasya is once again my heroine, a girl who knows her own mind and doesn’t want to succumb to a life of being a wife or living in a convent. She wants to travel and to do so must disguise herself as a boy, which is where she finds her freedom. I admire her for sticking to her own beliefs and for not doing the things that are expected of her, I am envious of her wild spirit and wish that I had such tenacity. Although this story does make me extremely grateful for the freedoms that I have.

I really loved the bond between Sasha, Olga, and Vasya and even when things were tough and their relationship was tested, in the end, they were all there for each other. I did like that they weren’t accepting of each other all the time because it felt real, they are family but they still question each other and were stronger for it.

The writing is just as expressive as in the previous book but stronger, creating amazing imagery so that it was playing out like a movie in my mind. Again it was wonderful to journey to a setting that I have not experienced but to this time get the contrast of the remote village and the forest to the grandness of Moscow.

It also, of course, helped in making me feel every emotion. I would go from joy and wonder when Vasya and Solovey are riding and experiencing new things, to complete and utter hatred and devastation (I won’t tell you why though you just need to read it to understand).

The Girl in The Tower has definitely sunk its claws into me, I found myself completely losing track of time desperate to find out the fate of Vasya and Moscow. I also know that I’ll be thinking about this book for a good few days to come. I cannot recommend this book, well really this series, enough and I will be waiting on the edge of my seat for the next book.

Reviews for other Katherine Arden books

The Bear and The Nightingale

6 thoughts on “Book review | The Girl in The Tower”