Welcome to my stop on the tour for Appetite by Anita Cassidy, I’ve got a review for you today before I let you in on what I thought here is what it is about. 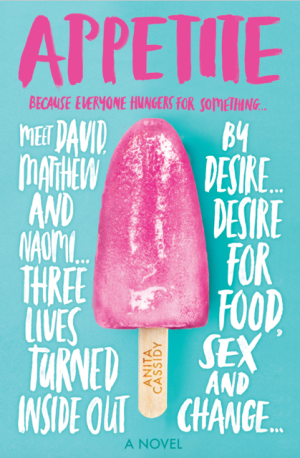 Because everyone hungers for something…

Food and Sex: two appetites the modern world stimulates, but also the ones we are expected to keep under control. But what happens when we don’t?

Embarking on an affair, lonely wife and mother Naomi blossoms sexually in a false spring while David, the fattest boy at the local comprehensive and best friend of her son, struggles to overcome bullying and the apathy of his divorced mother.

David finally starts to learn about the mechanisms of appetite through a science project set by his intelligent but jaded teacher, Matthew. David’s brave efforts to change himself open Matthew’s eyes to his activist girlfriend’s dangerous plans to blow up VitSip, a local energy-drink company where Naomi works.

At the mercy of their appetites, this exciting debut novel shows that some hungers can never be satisfied…

This is certainly a thought-provoking book, it really makes you think about your choices in life and it can be quite sobering. What’s great about it though is that no matter the subject whether it is food, sex or change it doesn’t feel judgemental or preachy, it doesn’t say this is good or this is bad, things are presented and you can take what you want from it.

The story is told from three points of view, teenager David who is obese and has an unhealthy relationship with food and himself, Naomi who finds renewed excitement through an extramarital affair and Matthew who is stuck in a rut after going on a life-changing trip but starts to feel as if maybe he can make a difference.

I think it’s safe to say that everyone who reads this book will have one character that speaks to them the most, whilst there were parts of each character that I felt something for, surprisingly I really connected with Naomi. Not that I particularly liked her but the situation she gets herself into, the obsession of this new attention and getting carried away with the way it makes her feel, is something I could totally relate to. Although I did get to the stage that I felt so bad for her son and husband and thought she should realise what she could lose, but I totally understood the feelings that the other man brought out in her.

I took a while to warm to Matthew and David. I think with David it was because I started to feel sick when I read what he was eating, not that I’m not prone to treats and takeaways but the time of day and the amount did it, although we found common ground the more I read. Mood eating is also a habit of mine and I thought it was refreshing that he was able to identify that his home life and other influences had impacted his behaviours.

With Matthew, I could relate to the feeling of having an experience that feels life changing and then returning to the day to day and being utterly disillusioned but what I found difficult was his relationship with Polly. I think she was completely using him from the start and it was infuriating that he didn’t see it.

The writing is fluid and even though it is told from three different perspectives they do all connect. What I liked was that the switch from one to another felt natural and had the effect of making you want to read just one more page or one more chapter.

It was actually the cover that initially attracted me to this book but I have to say that the story held a lot more than I expected, really engaging and refreshing. This is a book that will stay in your thoughts after reading and definitely made me more mindful of the food that I have been consuming, I am very much looking forward to seeing what Ms. Cassidy comes up with next. 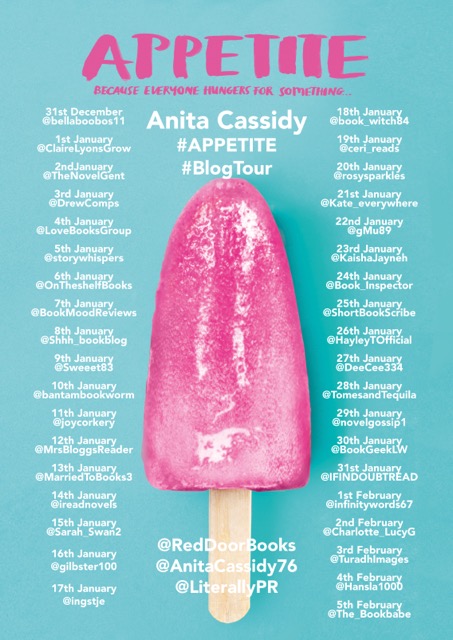 I am a writer, a relationship radical, a mother, a daughter, a sister, an aunt and a friend. I am also a lover of old books, new music and (mostly) clean food. Whilst I understand the limitations of labels, I do identify as bi-sexual, polyamorous, kinky. Above all else, I am curious about everything: about life, about learning and about love.

I have been writing fiction and non-fiction since discovering National Novel Writing Month in 2012. Before that I was a sales manager and trainer in the world of regional press and recruitment advertising. I have two wonderful children and divide my time between London and Kent.