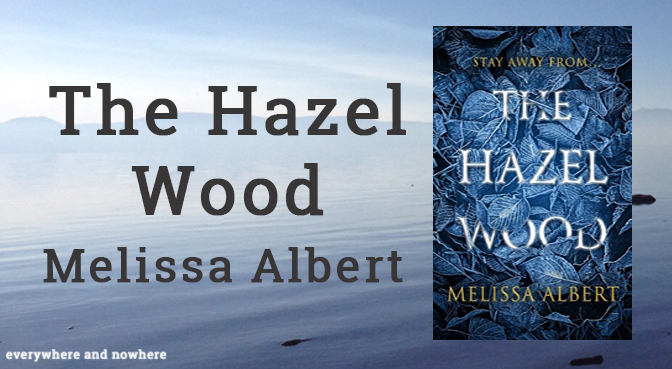 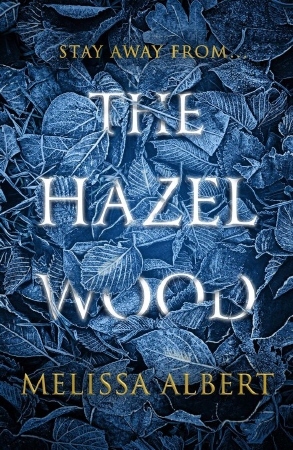 Seventeen-year-old Alice and her mother have spent most of Alice’s life on the road, always a step ahead of the uncanny bad luck biting at their heels. But when Alice’s grandmother, the reclusive author of a cult-classic book of pitch-dark fairy tales, dies alone on her estate, the Hazel Wood, Alice learns how bad her luck can really get: her mother is stolen away―by a figure who claims to come from the Hinterland, the cruel supernatural world where her grandmother’s stories are set. Alice’s only lead is the message her mother left behind: “Stay away from the Hazel Wood.”

Alice has long steered clear of her grandmother’s cultish fans. But now she has no choice but to ally with classmate Ellery Finch, a Hinterland superfan who may have his own reasons for wanting to help her. To retrieve her mother, Alice must venture first to the Hazel Wood, then into the world where her grandmother’s tales began―and where she might find out how her own story went so wrong.

I have always loved fairytales, something about the mystery and magic just appeals to me, I find as I get older though it isn’t just that but also the sheer scope of imagination that goes into these stories that draws me in. The Hazel Wood is a perfect example of this, a dark and chillingly creative tale that easily recreates the obsession in its pages to the reader.

Alice is an interesting character, not the type that you immediately warm to but I did find that as the story unfolded I felt more of a connection to her. I liked her determination to find her mother and get to the Hazel Wood, even though she is given plenty of reasons not to. She isn’t a perfect character but I think that makes following her story more appealing.

The plot was fantastic, I didn’t expect half of what I came across which I’m not going to tell you about because it will definitely spoil the impact. What I will say is that I loved how we start to hear about the Hinterland, as Alice enlists Finch to help find her grandmother’s estate, the Hazel Wood, we get snippets of some of the stories and this had me desperate to know more.

I should say these are not cute parables with happily ever after endings, these stories are twisted and gruesome with haunting characters. That kind of macabre setting that you can’t tear your eyes away from, even if you do get squeamish.

This also had you questioning everyone’s motives because of the draw that the Hinterland possesses. I felt this the most with Finch, he was such a sweet character and the support he shows Alice made me really fond of him but his fascination with Alice’s grandmother and the book occasionally had me second guessing him, which really added to the tension in the story.

The only thing that slightly let me down in this book was I felt like there was this build up of how dark and dangerous the Hinterland and the story characters were but when she has to cross paths with some of them, it felt just a little bit too easy. Also whilst I liked that this crossed between our world and the Hinterland, I would have loved for a bit more of the story to be in the Hinterland, it felt like those parts of the story sped by, but then maybe I was just enjoying it too much.

Since reading the book I have seen some fairly mixed reviews and what I would say is definitely don’t read anything that gives away too much of the plot because this is one that you want to experience for yourself. I would highly recommend it though, it’s sinister and thrilling, I felt the draw immediately and have had this book on my mind ever since.