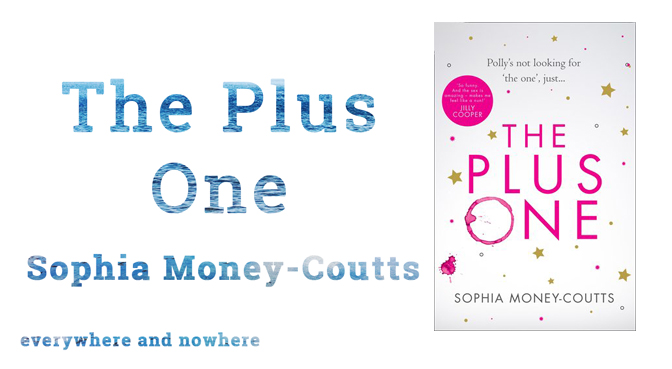 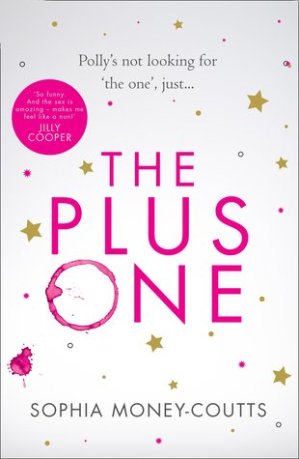 The Plus One [n] informal a person who accompanies an invited person to a wedding or a reminder of being single, alone and absolutely plus none

Polly’s not looking for ‘the one’, just the plus one…

Polly Spencer is fine. She’s single, turning thirty and only managed to have sex twice last year (both times with a Swedish banker called Fred), but seriously, she’s fine. Even if she’s still stuck at Posh! magazine writing about royal babies and the chances of finding a plus one to her best friend’s summer wedding are looking worryingly slim.

But it’s a New Year, a new leaf and all that. Polly’s determined that over the next 365 days she’ll remember to shave her legs, drink less wine and generally get her s**t together. Her latest piece is on the infamous Jasper, Marquess of Milton, undoubtedly neither a plus one nor ‘the one’. She’s heard the stories, there’s no way she’ll succumb to his charms…

I have to admit that when I first started reading this book I really wasn’t too sure on it, but I always give books a certain amount of time before giving up on them and in this case I’m glad I did because it definitely grew on me.

With this type of book you always roughly know what you are getting and yes the story was somewhat predictable but it was entertaining, there were parts that had me giggling away to myself and that’s what I tend to judge from.

There were parts of Polly’s personality that I wasn’t keen on, I mean you can’t like everyone, but sometimes I felt like all she could judge herself on was her ability to find a man and there were some occasions when I felt that her character could have grown but didn’t, however, there were a lot of things that I could relate to as well. She did manage to get herself into some wacky situations and I liked that she didn’t take herself too seriously.

I have to say I did enjoy the relationship between Polly and her mother and having that slightly more emotional part to the story really helped me warm to Polly a bit more. It was a nice balance with the more light-hearted tone that the rest of the book has.

This next bit might have some unintentional spoilers, I’ll try my best but it’s hard so maybe avert your eyes for this paragraph if you definitely don’t want to know anything. I was disappointed that it played out the way it did, the main romance just didn’t have enough investment, I wouldn’t have wanted the outcome to be any different but I think they should have had more of a stake in each other. I think it would have made their ending situation seem more realistic as it was I don’t think that some of the confrontational scenes were accurate for the characters behaviour and kind of fell flat and with this kind of book you do need the drama to be on point.

The Plus One is an easy and entertaining book, it doesn’t stand out in the genre but is definitely good for a beach read.

2 thoughts on “Book Review | The Plus One”