Book five of my Retellings Reading Challenge! I think I’m doing pretty well so far, and I’ve enjoyed all the books as well which is a plus. 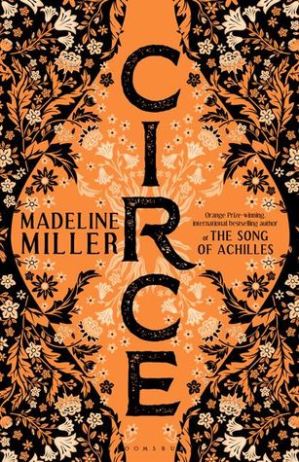 In the house of Helios, god of the sun and mightiest of the Titans, a daughter is born. But Circe is a strange child—not powerful, like her father, nor viciously alluring like her mother. Turning to the world of mortals for companionship, she discovers that she does possess power—the power of witchcraft, which can transform rivals into monsters and menace the gods themselves.

Threatened, Zeus banishes her to a deserted island, where she hones her occult craft, tames wild beasts and crosses paths with many of the most famous figures in all of mythology, including the Minotaur, Daedalus and his doomed son Icarus, the murderous Medea, and, of course, wily Odysseus.

But there is danger, too, for a woman who stands alone, and Circe unwittingly draws the wrath of both men and gods, ultimately finding herself pitted against one of the most terrifying and vengeful of the Olympians. To protect what she loves most, Circe must summon all her strength and choose, once and for all, whether she belongs with the gods she is born from, or the mortals she has come to love.

I wasn’t really sure what to expect from this book, I know very little of Greek mythology, a few of the more famous tales and characters but hadn’t ever heard of Circe before, luckily that didn’t matter at all.

I loved this book, I feel almost at a loss for what to say to convey quite how much, but it was such a pleasure to read. It is an unhurried story which I think gives the book this amazing atmosphere and gave me more of a sense of the time that passed for Circe throughout the book.

Circe was such an interesting character, her dynamic within her family sets her apart and I always felt both pity and awe towards her. I love how flawed she is but that she can also admit to it and tries to grow from it, her underdog quality I found endearing especially when she realises her power and strength and turns that to her advantage against the Gods who used her as a pawn. There are so many other characters of note that make an appearance in this book such as Daedalus, Icarus, Odysseus, Athena, Scylla, the Minotaur and I loved how their stories were weaved into this tale.

The relationships in this book were fascinating, I liked that each was different and brought its own heartbreak, of course, it is the one between Circe and Telegonus, her son, that captured my interest because it caused the most strife and surprise for Circe. I was already endeared to her but I feel like this was when she was the most relatable.

Madeline Miller’s writing is enchanting, I mentioned before the atmosphere of the book, this is fuelled by her rich description and turn of phrase. She kept me convinced and captivated the whole way through; I don’t know how these stories are related in the original mythology but I felt like they were brilliantly plotted in this tale.

This is definitely one of my favourite reads of this year and I am excited to see what comes next.