This afternoon I have a pretty interesting guest post or more like guest video from author Robin Bennett. 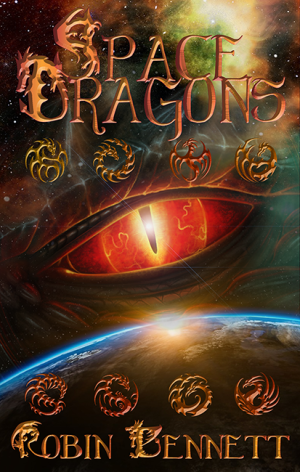 If Stan Pollux had known he would be spending his summer holidays in the outer reaches of our solar system, he would have put on different underpants.

But when he gets kidnapped by the Planet Dragon Mercury, most things suddenly seem small and insignificant. Stan finds himself in a universe of dragons who had once ruled the skies as gods: Mars, Venus, Saturn and even Uranus way out back. This is shaping up to be the best summer holiday in the history of the cosmos until Stan discovers his stupid sister is missing and that Pluto (AKA Hades) is trying to use her to destroy the Solar System. And it will be all Stan’s fault if he doesn’t get Poppy back.

So, all Stan has to do is learn how to fight like a hero in space armour, defeat the dragon god of the Underworld, Hades, rescue his sister and save the world. All before his parents realise she is missing.

The video below is an interview for the Fantastic Britain documentary that I did with Barry Cunningham. A brilliant and quite moving insight into writing and publishing for children, it includes Barry talking about Roald Dahl, his discovery of JK Rowling and the first Harry Potter books.

Hey UK buddies if you like the sound of the book then you’ll want to enter this giveaway, click the link below to be in with the chance of winning…

one of ten hardcover copies of Space Dragons

Robin Bennett is an author and entrepreneur who has written several books for children, adults, and everything in between. Listed in the Who’s Who of British Business Excellence at 29, his 2016 documentary “Fantastic Britain”, about the British obsession with fantasy and folklore, won best foreign feature at the Hollywood International Independent Documentary Awards, and his first book for young adults, Picus the Thief, won the Writer’s News Indie Published Book of the Year Award in 2012. Robin is also a director at Firefly Press.