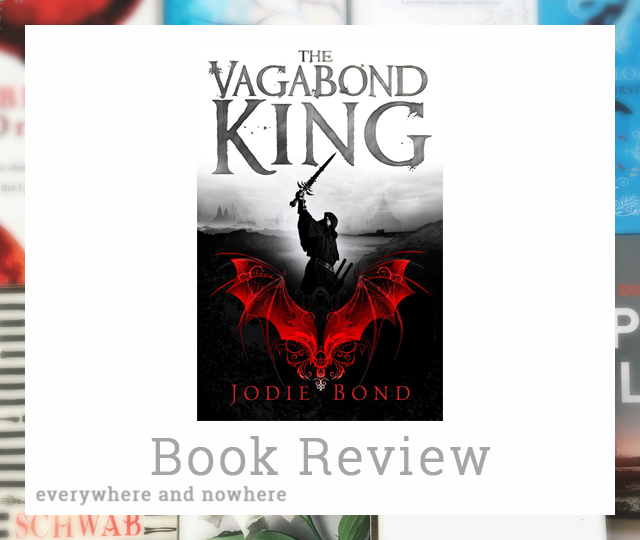 I feel like all I’ve been reading lately are romance novels, I go through little phases with reading sometimes and I’m glad when I can break out of them a little with a book that is totally different. Thankfully I had a great one to shake things up with.

In a land where immortality can be bought, cruelty thrives…

Exiled and alone, Threon is torn from a life in the palace to scrape a living on the streets of a foreign land. Once a prince whose every whim was obliged, now this vagabond must adapt to survive.

Throwing his lot in with a witch, a rebel soldier and a woman touched by a god, he seeks retribution for the wrongs committed against his family. Slavery, famine and destruction of natural resources are rampant, and the struggle to avenge his kin soon becomes a battle to restore justice across the Empire. Together Threon and his new companions must rekindle old allegiances, face an immortal army and learn to trust one another.

But when the gods begin to interfere with their plans, is it a curse or a blessing?

This really was the perfect book to break out of a reading rut with, it was intense but in the best way. There is a lot that I want to say but I also know that I don’t have the turn of phrase to do it justice.

I always have to marvel at fantasy writers because it is such an undertaking to create a whole world and make it believable. Jodie Bond has certainly excelled here, although I am always glad of a map to get my bearings, you could really get a feel for the different nations and I could easily conjure up in my head the landscapes that were described. Of course it’s not just the landscape but the people and culture and again I was totally engrossed finding out about the different lives the characters all lead.

There is an awful lot going on plot wise in this book, lots of power plays and unlikely alliances. I liked the level of adversity that the characters each had to face and that they were all so well rounded, I sometimes feel like in this genre of book with everything else that happens some characters can feel quite surface but that didn’t happen in this book.

From the beginning of The Vagabond King the reader is thrown into the action and then as the story progresses more of the world is revealed. This really adds to the tension in the story, I was never too sure what to expect next and it did make me feel more connected to the characters, hoping that they would succeed with their motivations.

This is a really solid start to what is shaping up to be an exciting trilogy and I’m really looking forward to seeing what happens next.

Jodie Bond comes from a family of gin makers in the mountains of north Wales. She works in marketing and performs as a burlesque artist. She had an unconventional childhood, dividing her time between a quiet life on her mother’s farm and her father’s home which was infamous for holding some of the UK’s biggest raves in the 90s.

One thought on “Book Review | The Vagabond King #BlogTour @annecater”