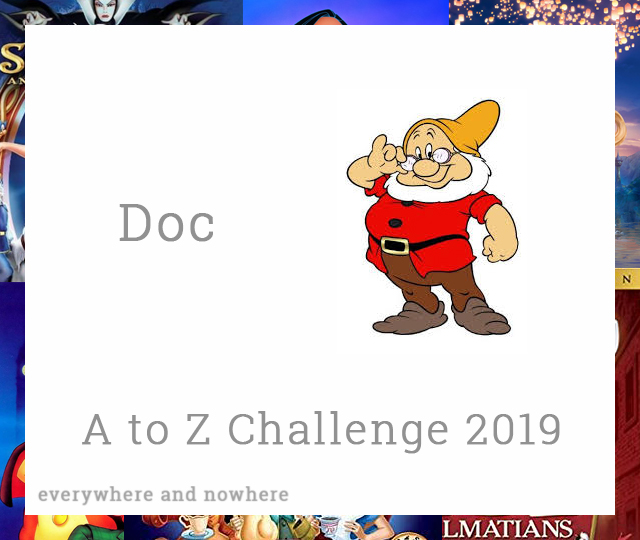 Having seven brothers can be a nightmare, especially if you’re the oldest. Without meaning to you always become the leader, the organiser, the most sensible one. It can be pretty draining, especially since we all pretty much live together. Our places are so close that we always end up hanging around with each other and just crashing at whatever house we are in if it gets too late. I’m pretty lucky though, I can have kind of unsociable working hours so the parties are usually confined to Dopey’s place.

We all have nicknames, Dopey got his because when he was a kid he would always have this dopey look on his face, then when he was a teenager he was always pulling some prank and joking around. It’s kind of silly but so is he and it kind of makes him more endearing now because even though we aren’t teenagers anymore he can still make us laugh and have fun.

My nickname has kind of evolved over the years when I was a kid I had teeth too big for my face and some of the kids used to compare me to a cartoon bunny and shout ‘What’s up doc’ at me whilst they laughed, instead of letting it get to me I decided to use it and not give them the power. It kinda worked out great though seeing as I’m now a doctor, it means I don’t have to tell any new acquaintances the actual origin story.

On a rare weekend that we all had time off  I had organised a family barbeque, it had been somewhat successful everyone brought the stuff I told them too, and only a few showed up late. I was particularly looking forward to this barbeque because the girl next door, Neve White, had said she would come over. I’ve had a bit of a thing for her since she moved in but I’ve never really told her how I feel, partly because it could make living next door to each other a bit awkward and partly because a friend of mine Harry Prince has been trying to make a move on her too.

I had decided to try and make my feelings known, I was going to attempt to do it in a subtle way, feel her out a bit and see if she thought of me as anything other than a next door neighbour. I managed to get her on her own for a while and we talked about my family, my job, her job, her friends, and eventually, in a roundabout way, I asked if she saw me differently than just the guy that lives in the house next to hers. I thought it had gone pretty well and it was a good day that turned into a great night.

The next weekend Prince was over at mine and I told him about my talk with Neve, I didn’t want any bad blood between us, in case he was more invested than I assumed. I thought maybe I had got it wrong as he was brooding by the window, until he asked me my exact wording. He started to laugh when I told him and I couldn’t work out what was so funny about it but then I saw what he was looking at out the window.

Turns out she doesn’t see me as just a neighbour.

As I watched her climb into the passenger side of Dopey’s car I realised that she was probably thinking that eventually, I’d seem more like family.

For this years A to Z challenge I am doing retellings based on Disney characters.

This post was inspired by Doc from Snow White and the Seven Dwarfs. You can find out more about my challenge here.