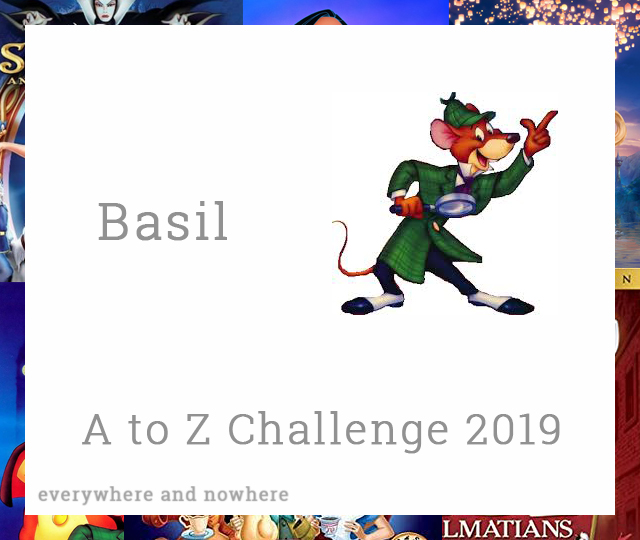 The plucking was unbearable, a violin could produce such beautiful music as I had often heard from Baker Street but not in the wrong hands.

‘Would you put that down?’

‘Can that time be now?’ It was grating, Basil was good at many things but musically gifted he was not.

‘My good fellow let me have my moments glory.’

‘Do I want to know what you are gloating about this time?’ I took the sofa, opposite his chair that he was sat in sideways, legs bouncing along to his discordant rhythm.

‘This time I have done it, Dawson, I outsmarted him and have claimed his most prized possession right from under his nose.’ The smug grin was not common in appearance but oddly suited him.

‘Do you mean to tell me that that is your father’s violin that you are currently murdering? The one that usually lives in the safe that for the last four years you have been unable to crack?’ That smile again but this time it made me nervous.

‘I was utterly devious, to be honest, but since he told me I’d never live up to his standard of detection I’ve had my heart set on destroying it.’

‘I thought it was the money that you were after.’

‘He wouldn’t even bat an eye at that, I had to take something that would pain him.’

I got myself comfy for what was coming next, I’d heard a lot of his schemes and been involved in a few too, our near expulsion during the last one meant I’d had to take a backseat, so I knew this part of the performance well. ‘Go on then, tell me how you did it?’

He jumped up and started strolling around the room as if he were an actor preparing, his hands flourishing as if in practice, ‘Do you recall the case involving the Maberley manuscript?’ I nodded knowing that this was a question that wasn’t actually wanting an answer, these were some of the cases he had mentioned trying to help his father with. ‘Do you also recall the Gruner pottery and the Mazarin stone? And did your father tell you their last case that of the man named Garrideb?’ He was looking at me now, the pause not for effect but for a reply.

‘I think I saw some notes about forgery in his notebook.’

‘Indeed counterfeit notes being printed, all very complex cases and on each and every one I tried to look like the good son helping out his father with the menial tasks so he could deduce the culprits. Of course, I wasn’t really there to help, in each and every case I have been adding something that he could get his teeth into.’

I could feel the tension both in him and myself, ‘Do you mean…?”

“Yes, my father’s number one target, the crime lord that he has been chasing for months…’

“The one in the papers…Flaversham…’

‘Yes my dear Dawson, I am Flaversham, I’ve been sending him on a wild goose chase, adding things to the cases to make them look like they are connected to this character, he’s been going mad trying to deduce the connections. He’s been so intensely pouring over each case that when he found what he thought was another lead he left without properly securing the safe.’

‘That’s genius, but hasn’t he noticed that it’s gone?’

‘I didn’t stop there Dawson, I planted some more evidence in their current case, he hasn’t had time to even think about playing. I have outsmarted the man who said that I would never amount to a great detective and he’s been raving about it at all hours of the day and night…’

‘…” not a corner of London is safe while Flaversham’s at large, no evil scheme he wouldn’t concoct, no depravity he wouldn’t commit, who knows what dastardly scheme that villain may be plotting as we speak.” Every day I am listening to my defeat of him and it is music to my ears…’

Even I jumped as the door to the living room slammed open, Mr Holmes with a slight pink tinge to his features and my father looking at me with a gaze that told me he was glad that I wasn’t involved with this one. We both knew that the game was up, still sporting his smug smile Basil meandered closer to the open window holding the violin aloft.

‘Ah ha excellent work old man.’ He beamed as he threw the instrument into the air.

For this years A to Z challenge I am doing retellings based on Disney characters.

This post was inspired by Basil from The Great Mouse Detective. You can find out more about my challenge here.